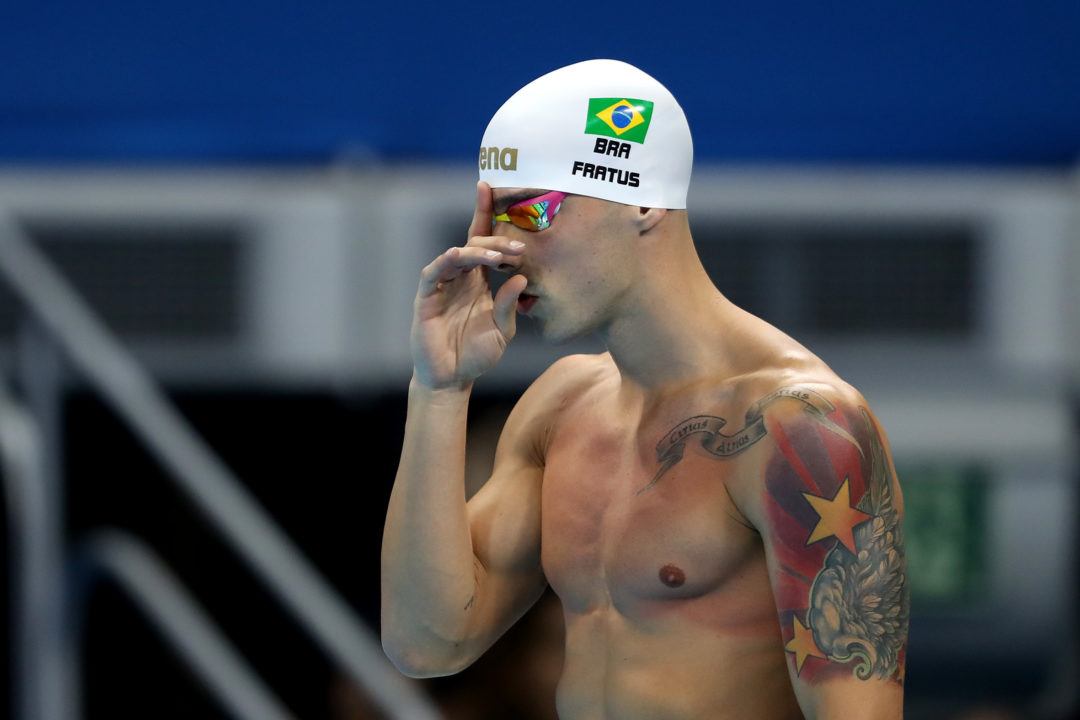 Fratus was one of 3 Brazilian Olympians to participate in the local meet in Auburn, along with Felipe Lima and Marcelo Chierighini. Archive photo via Satiro Sodre/SS Press

Swimming last weekend at a small local meet in Auburn, Alabama, a group of Brazilian Olympians showedd up to put a charge into a meet that otherwise was mostly high-school aged swimmers.

Bruno Fratus, Marcelo Chierighini, and Felipe Lima all raced at the meet in two events each.

All 3 swimmers are a part of an aging nucleus of Brazilian stars. Chierighini is 26, Fratus is 27, and Lima turned 32 on Wednesday.

Fratus was unceremoniously-dumped from his former club team Pinheiros due to his age, but announced this week that he will join the club Regatas for domestic competition.

And Bruno took time for every age group kid at that meet to sign autographs and take pictures. Class act.

Ryan Lochte does the same thing in America. He will spend hours after an event to sign autographs for kids. People like Bruno and Ryan deserve to decide when their career comes to an end because they have given so much to the sport. ☺

All 3 swimmers are a part of an aging nucleus of Brazilian stars. Chierighini is 26, Fratus is 27

For some reason, Brazilian teams seemed determined to force all over-25 swimmers out of competition. I do not know Pinheiros’ current roster, but I doubt anyone of them could swim 22.0 this week.