British Swimmers Prep For Windsor With Tune-up In Manchester 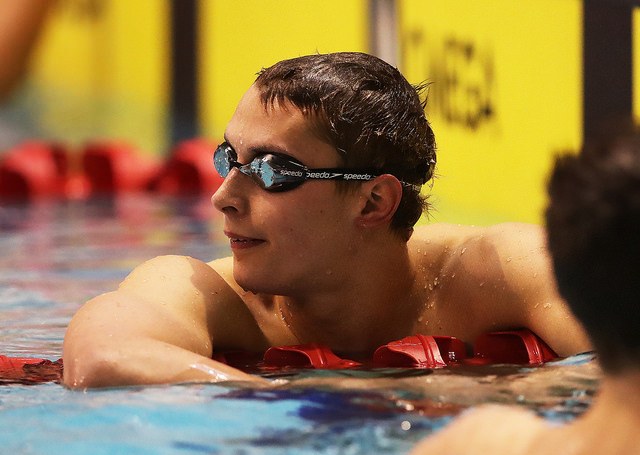 Women were broken into ‘Open’ and ‘Junior’ groups, with the former composed of ages 17+ and the latter 16 and under. The same categories existed for men, only with ‘Open’ including those 18 and over, while ‘Junior’ consisted of 17 and under.

A strong showing of British talent took the pool in pursuit of prize money up for grabs, awarded to the top 12 male and female athletes. The £10,000 ($15,400) prize purse will be dispersed based on FINA points for each individual swim.

Stephen Milne, the Perth City swimmer who was a member of Great Britain’s silver medal-winning 4x200m freestyle relay in Rio, was ready to rock in Manchester this weekend. To help prepare for his appearance at the 2016 FINA Short Course World Championships this December, Milne took wins across the men’s 18+ 200m freestyle and 400m freestyle races.

In the shorter freestyle distance, Milne scored the 2nd fastest short course time of his career, easily winning in a mark of 1:45.07. Only his time of 1:43.63 from last December was faster. Similar was the case in the 400m free, where Milne took the gold in 3:42.95, a mark which represents the 3rd-fastest performance of the 22-year-old’s career.

Loughborough’s Adam Barrett was another multiple winner from the 18+ men, taking both the men’s 50m butterfly and 100m butterfly in Manchester. He holds his nation’s record in the 100m in 49.31 from the World Cup Paris-Chartres in August, and Barrett was just over a second slower than that mark here to win in 50.68.  His outing of 23.17 was fast enough to take the sprint fly for another gold. Barrett will also be representing Great Britain in Windsor this December.

Cardiff’s Chloe Tutton will also be making an appearance in Windsor. She exerted her dominance at this meet by taking the women’s 200m breaststroke event in a mark of 2:23.69. Tutton painstakingly missed out on the bronze medal in this event at the 2016 Rio Olympics, touching in 4th by just .06 of a second.