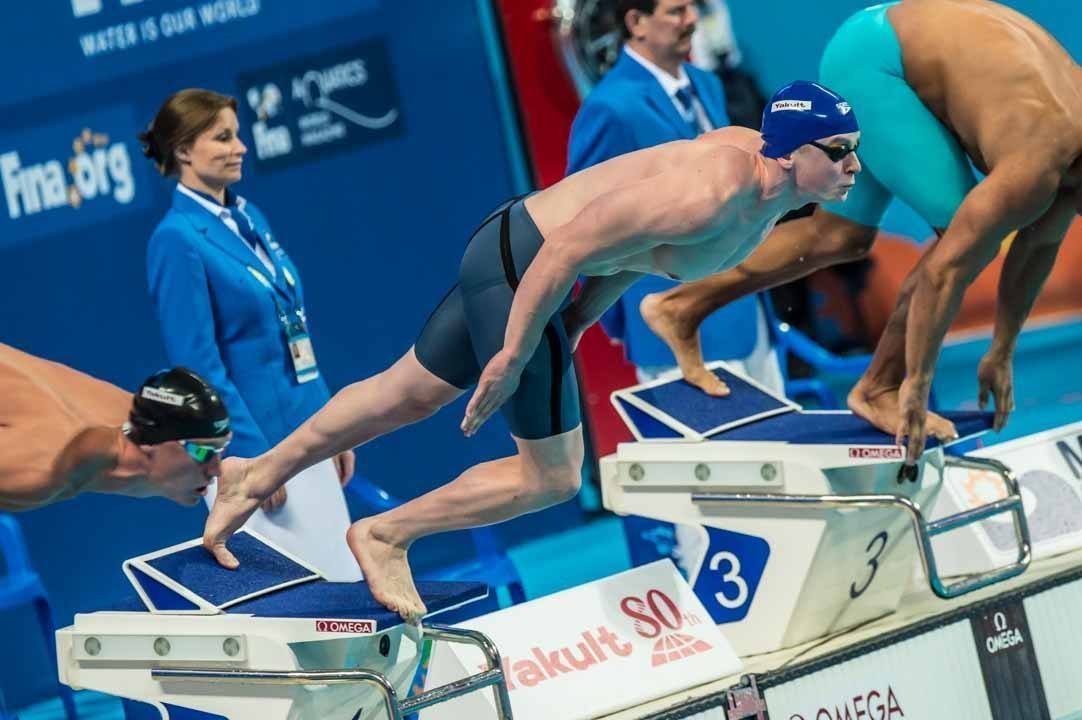 On the agenda for the British World Championship team will be the Japan Open in mid-May. Archive photo via Mike Lewis/Ola Vista Photography

With the announcement of a 29-strong British roster heading to the 2017 FINA World Championships in Budapest this July, British Swimming has revealed its preparatory training camp program kicking off this week for the squad.

Just 11 weeks out from the largest international swimming competition outside of the Olympics, the Brits will begin their training campaign at an outdoor training center in Thailand from May 8th to the 17th. From there, the squad will compete at the Japan Open in Tokyo, a prestigious and historically talent-packed competition spanning May 19th to the 21st.

The following month, the British roster will convene at the Seven Hills Meet in Rome, Italy from June 23rd to the 25th before taking on a final preparation camp in Edinburgh.

Says Adam Peaty of his goals in the final 11 weeks leading to Budapest, “Thailand is the first stopping point for the World Championship team so I’m very excited to be there. My plan is to refine a few areas, work hard and enjoy it. I’ll be pushing it hard in the pool and gym every single day. I’m always going to be heading up the numbers in the gym while working towards the little improvements across my performance.

“The Japan Open is all about racing hard at this time of the season. I’ll be looking to refine my race skills and make progress across the areas where I’m maybe a bit weaker.”

Head Coach Bill Furniss states that,  “The first time everyone will come together as a team will be in Thailand. I think this is an important opportunity as it brings everyone together; athletes, coaches and support staff who will be working together at this summer’s World Championships. It provides a vital opportunity to build relationships as soon as we can.

“We’ve got some good work planned around team behaviours and on every camp we introduce a particular theme to follow. This time it will see a focus on starts, turns and finishes.”