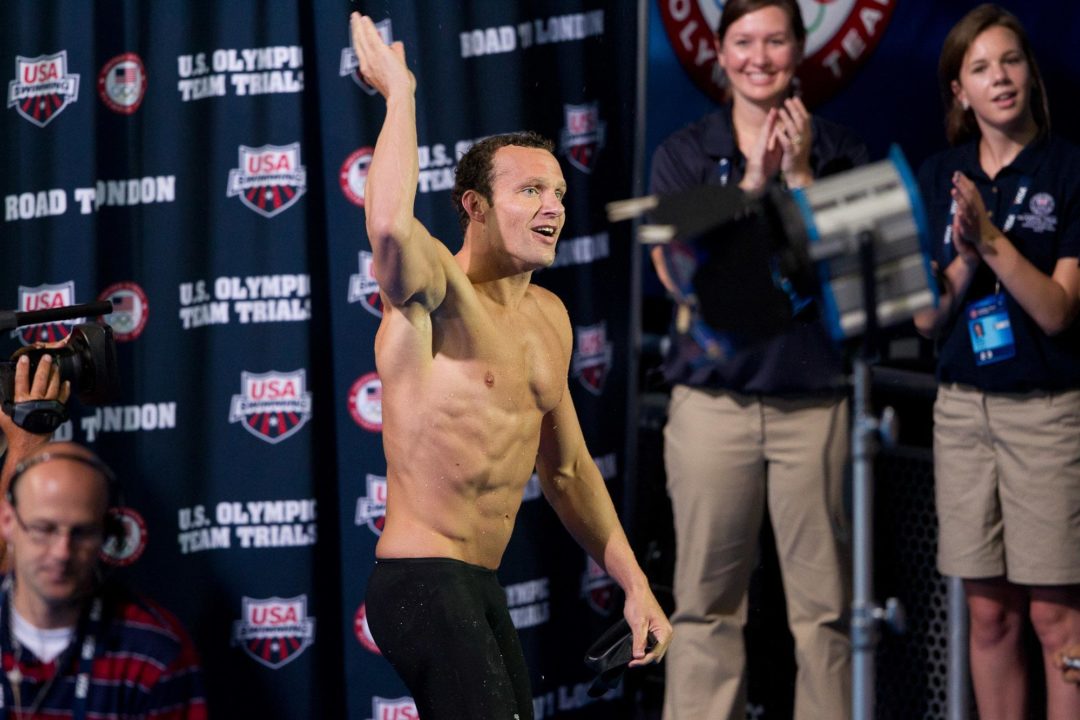 First broken this morning by the New York Times, and then confirmed later by a Tweet from Brendan, the Hansens...

First broken this morning by the New York Times, and then confirmed later by a Tweet from Brendan, the Hansens are expecting their first child sometime near the very end of 2012.

For the 30-year old, three-time Olympian, this will be the first child with his wife Martha, after becoming aware of the pregnancy in May before a practice.

Dara Torres is probably the most famous Olympian to swim after having children, but it’s not uncommon shortly after the Games for swimmers to start becoming parents (it’s one of the few real lulls in a swimmer’s career, where they can afford some time away from the water). Post-Beijing, Amanda Beard gave birth in September of 2009, and Jason Lezak (the only parent on this year’s Olympic team) and his wife squeezed two in during the quadrennial.

That also implies that there’s no reason a swimmer can’t continue competing at a high level in parenthood.

Here’s a few names that we’d like to recommend to the Hansens, along with full health and success:

London (if he wins a medal this year, it surely has a better ring to it than “Beijing”)
Kosuke (after his Japan’s Kosuke Kitajima, with whom Hansen has had one of the best rivalries swimming has ever seen – our Twitter friend Erin Quinn doesn’t think so)
Eddie (after his longtime coach at Texas Eddie Reese)
Fukuoka (after where he won his first major international medal – a gold in the 200 breast at the 2001 World Champs. On second thought, this one may not be a good idea in 2014, when the child is entering the cruel world of junior high)
Henry (we’ve already got Blaise Beard-Brown and Tessa Torres. Swimmers love alliteration)
Taylor (after my favorite member of the homophonous musical group the Hansons)
Hunter (not an uncommon name in Texas – after Brendan’s favorite pastime)
Woody (or perhaps something like “Woodward” with a nickname – Brendan’s dad goes by “Buzz,” and the potential Pixar endorsements would be huge)

How about “Goldie” for a girl or “Honor” for a boy. Bottom line: This guy has already won the greatest gift of all. I hope this news gives him that little extra boost of confidence and motivation he needs to have the best Olympic experience possible! Now he’s swimming for more than himself or representing his country well! Congratulations Brendan!

Congratulations, Brendan and Martha. When is it too early to get the kid in the pool after s/he’s born? j/k

I wonder if this has anything to do with the polyurethane ban in Omaha. …I’ll see myself out.

Congrats to the Hansen’s! 🙂

So excited for them! Question – do the Lezaks really have three? I just counted two in Omaha and in the news.

Humm…NYT says 3, I see two most other places…