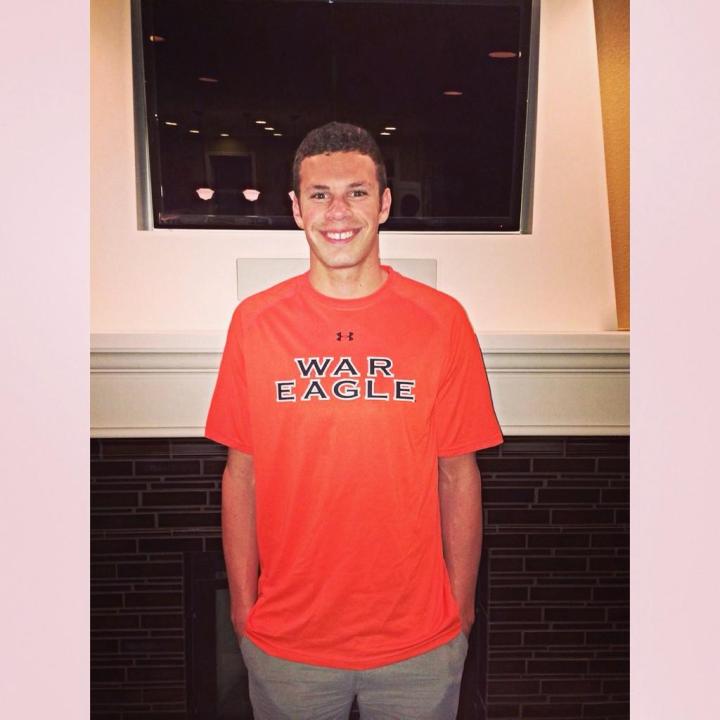 Tommy Brewer of Current Swimming in Bend, Oregon has verbally committed to become an Auburn Tiger next fall, he told...

“I chose Auburn because when I took my official visit there I felt like I was at home,” Brewer said of his decision. “All the guys were so friendly and welcoming and the coaches were amazing. They really made the whole trip about me and what they had to offer me as an individual both athletically and academically so that I was as happy as possible. I felt like I belonged there.”

Brewer stacks up very similarly to the top recruit in Auburn’s last recruiting class: Jacob Molacek. Specifically, Brewer is a very good breaststroker and freestyler, with solid times across all four strokes. That’s important for Auburn, as they continue to center everything they do around the freestyle relays, and even with the National High School Record holder Molacek in the program are seeking depth in the breaststroke races.

At the very least, Brewer’s times line him up to be a three event individual scorer at SEC’s as a freshman.

With big graduations in the freestyle events in the last two years, our best guess is that he’ll have a shot at earning a spot on at least the Auburn 400 and 800 free relays as a freshman as well, though that will take some development – development that Auburn coach Brett Hawke, one of the best freestyle coaches in the country, is apt to give him.

Like Molacek, Brewer is also very tall – part of the new breed of breaststrokers who look more like the traditional butterflier of yesteryear. Molacek measures in at 6’5″, and Brewer is even taller at 6’6″.

In high school competition, Brewer represents Summit High School. He’s the Oregon Class 5A Record holder in the 50 free (20.80) – with an overall record target of 20.32 this year. In total, he has six 5A state titles. In Oregon, 5A is the second-largest classification of high schools.

His improvements have been steady – as a 14-year old 8th-grader in 2011, Brewer was already under 59 seconds in the 100 yard breaststroke. Despite being so successful at a young age, his time progressions do not appear as though he’s plateaued yet. Taken in totality, his junior season was not his best to date in the breaststrokes, but was still a good year that saw best times in most of the freestyle races for him – a smart focus that greatly improved his recruiting value.

Congrats to the Brewers! As another Ohio swim family transplanted to the PacNW, there is some real talent up here worth watching! Will be fun to watch Tommy’s college career bloom!

See you in Georgia. Congratulations!!!!!

Hope to see you in Georgia. Congratulations!!!!!!!!

Congratulations, Tommy. You all must be very excited about this. I know your grandparents are.

need to give shout out to the Dayton Raiders who really developed him. Same is true for Patrick Mulcare (current jr nat teamer). For some reason both of these guys moved to the NW late in their HS careers.

Tommy started swimming in Oregon when he was 13. That’s not late in his high school career. But if you’ve ever been to the NW, you’d know why they would want to come here.

Congrats to Tommy and his mom/coach Ann, you will not find a nicer family in USA Swimming!