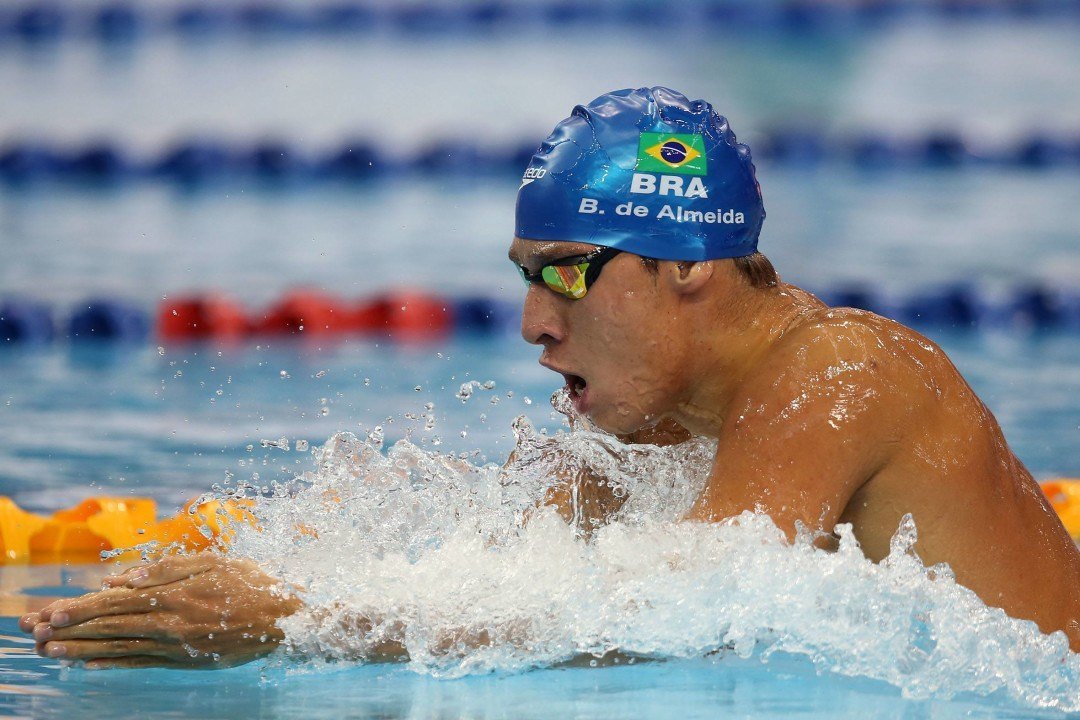 After a sleepy first day at the 2015 Julio De Lamare trophy in Vitoria, Brazil, the country’s summer Junior National Championship meet for 17 and 18 year olds, a handful of Meet Records were broken on the second day of competition Thursday.

Included among those was a 400 IM Championship Record from Brazil’s hottest young star Brandonn Almeida – swum in 4:17.25. With bigger meets looming in the coming weeks, that swim for Almeida is just two tenths short of the time that won him a silver medal at the World Junior Championships, and only half-a-second from Brazil’s internally-set Olympic qualifying time (though the time met at this meet wouldn’t have counted for those purposes).

Combined with Giovanny Neves Lima (1:49.64), the Brazilians had three juniors go under 1:50 in the event on Thursday, further brightening the Brazilians’ hopes for at least 2020, if not 2016, and an alternative avenue for a relay medal to the traditional Brazilian sprinters.