Boyle On Ledecky: “She Opens Our Minds To What Is Possible” 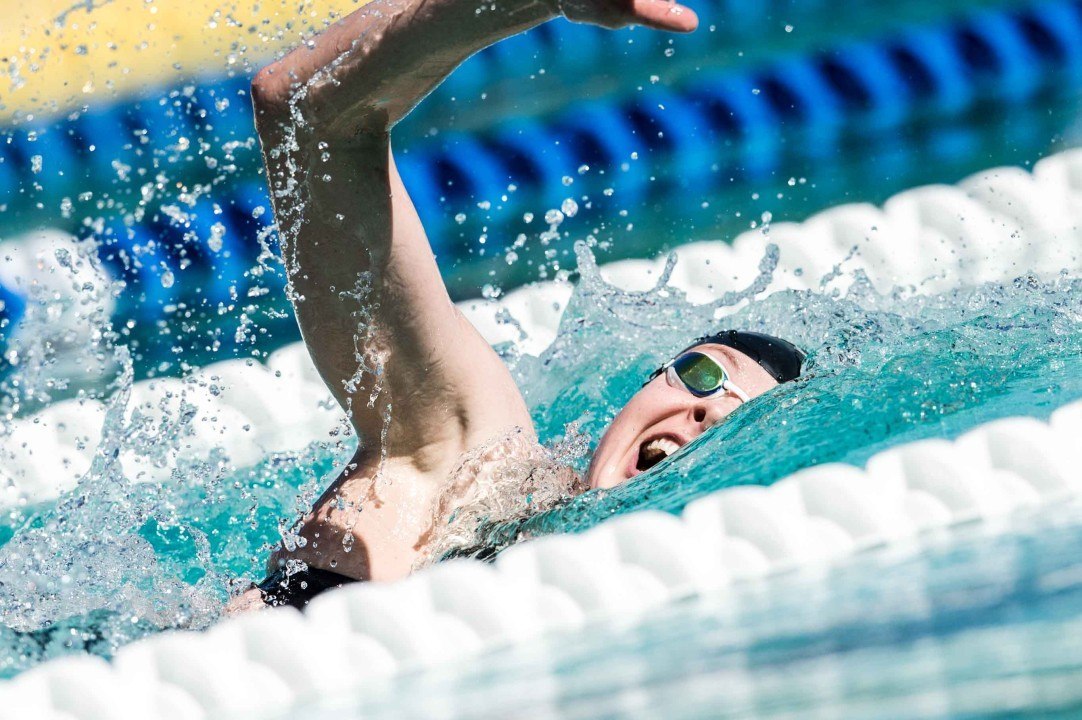 With the conclusion of the 2015 edition of the meet, Boyle now owns exactly half of all of New Zealand’s medals as a country from the last 40 years at the world championships.  In Kazan, Boyle wound up with a solid two silver medals, finishing behind Team USA phenom Katie Ledecky in both the 1500m and 800m freestyle events.

With her runner-up time (15:40.14) in the 1500m event, Boyle became the third fastest 1500m freestyle female performer ever, only behind Ledecky and Denmark’s Lotte Friis.  In this one race, Boyle knocked four seconds off of her personal best, clocked a new Oceanic Record, and also marked her best showing ever at a World Championships.

The story was much the same for Boyle in the 800m race, where she swam to a silver medal finish with another new Oceanic Record (8:17.65), shaving about a second off of her own previous record.

In light of Ledecky’s dominant performances, Boyle refreshingly approaches racing the 18-year old American with realistic expectations.  “It’s not a great mindset to go in knowing or thinking that she’s [Ledecky’s] going to be really far ahead. But in past events that has happened, so I don’t lose confidence if that happens – if that makes sense.” Boyle stated further, “For me, I usually swim my best races when I’m totally involved with my own race and I’m not really focusing on what anybody else is doing.”

On Ledecky’s unprecedented talent, Boyle continued, “What Katie Ledecky is doing for the sport is amazing and I think it helps all of us swimmers open our minds to what is possible.”

Overall, Boyle states that she “was really happy with my performance, it’s fantastic to get another medal – especially silver and also really with a personal best time for me and a New Zealand record, which is amazing,”

Boyle has been training with Australian Coach Denis Cotterell and his squad of Chinese athletes at his Miami-based training site (Queensland) since last December and is expected to return to his training camp after a brief vacation.

Boyle may have Cotterell but, Ledecky has Bruce Gemmell!

But if she sounded too eager in wanting to race Ledecky, you’d chastise her.

Chuck Norris tried race Katie Ledecky once. Katie lapped him twice and, on the third time, Chuck burst into flames and was never seen again.

There are guys who race her every day in practice.

Lauren Boyle is a great swimmer in her own right. Coming in second to Ledecky is nothing to be ashamed of.