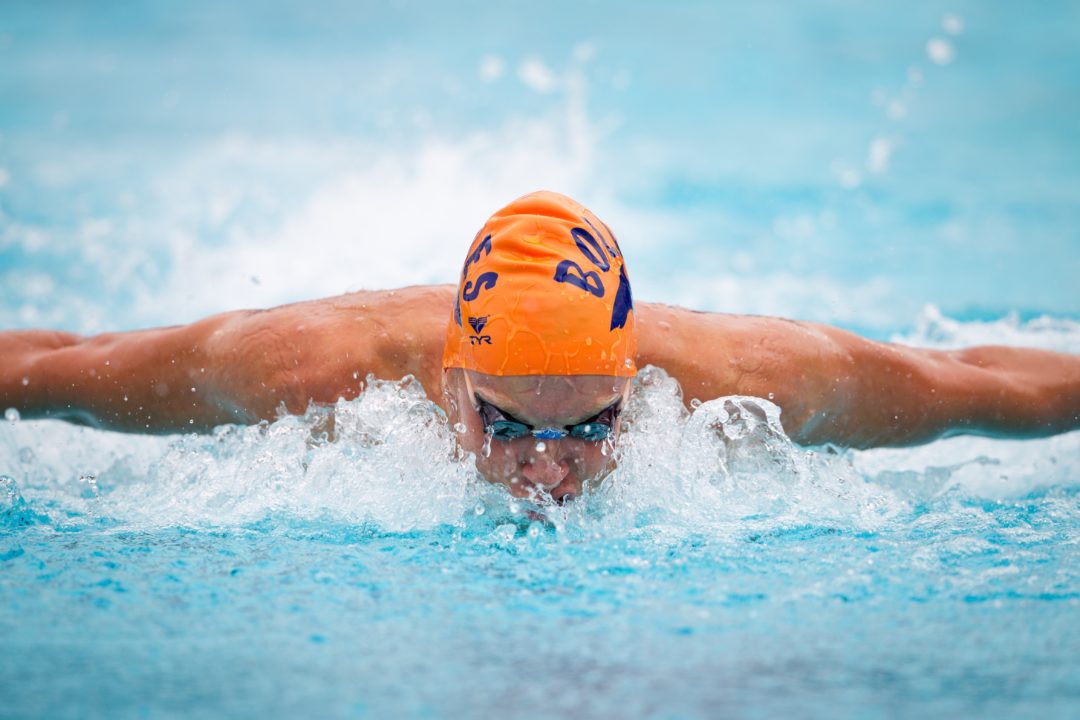 Florida Gator Colin Hamilton teamed with a group of Bolles Teammates to raise a huge sum of money in honor of their former coach. (Photo Courtesy: ©Tim Binning/TheSwimPictures.com)

With plenty of gloom-and-doom in the world of swimming, a group of swimmers from the Bolles School, and their coach, bring some up-lifting news.

All-told, a group of current and former Bolles swimmers lead by current Florida swimmer Lauren Neidigh raised a total of $3,179 for the Children’s Cancer Fund of Dallas in honor of their former coach Clare Blackwell. That’s not the only good news: coach Clare has been released from the hospital and is back home in the DC area receiving outpatient therapy.

For those who missed the story, Blackwell suffered a traumatic injury during an Ironman Triathlon in France in June while raising money for the fund when she was struck by a passing ambulance that was attempting to reach another athlete on the 112-mile bike portion.

There was a huge group of swimmers who participated in the fundraiser, including Olympians Joe Schooling and Megan Fonteno, as well as National Age Group Record holder Ryan Murphy, who pitched in 5 best times in meets after his incredible run at the US Olympic Trials. Even Neidigh, the ring-leader, chipped in with a best time in the 50 free. All together, the group put together more than 30 best times to raise such an impressive sum.

Thank you guys for all of your help in this!!