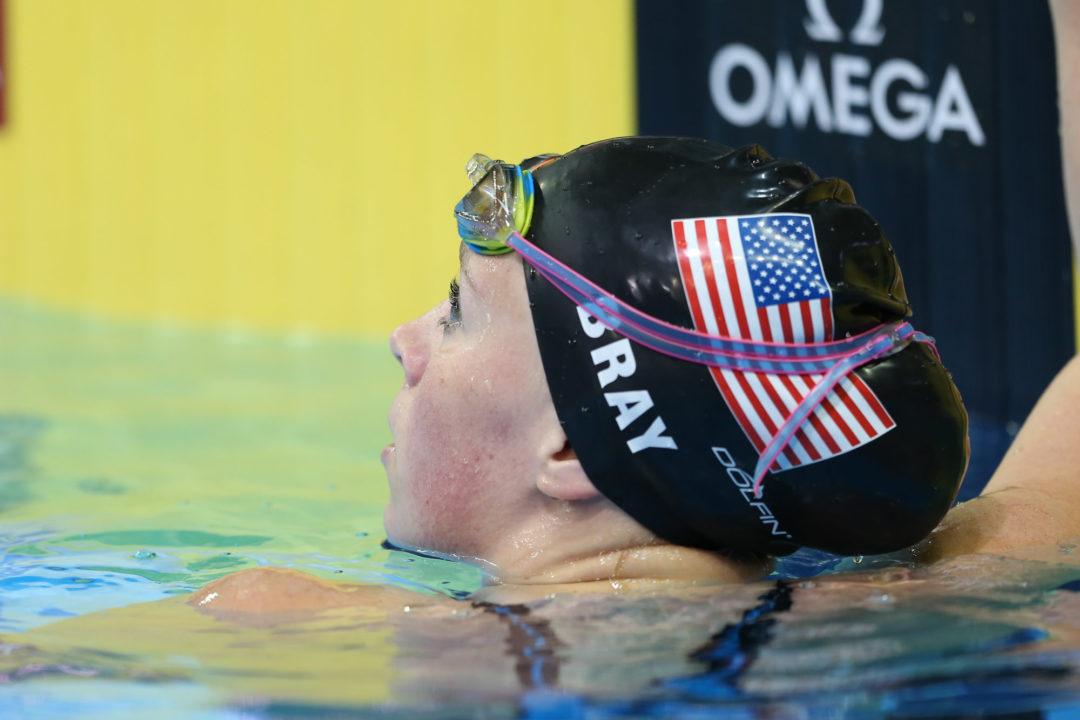 Bray and Virginia Gators teammates Emma Muzzy, Caroline Kulp and Whitney Hamilton combined to shred four of the five National Age Group relay records in their 15-16 age group. Their 200 medley went 1:39.21, taking down a SwimMAC record that included Olympian Kathleen Baker. Their 400 medley went 3:36.53, again knocking down a Baker/SwimMAC mark. Their 200 free relay was 1:30.99, taking almost a second off yet another SwimMAC/Baker team. And their 400 free relay was 3:19.52, taking more than a second off a record set by Longhorn Aquatics in 2007.

The most impressive part? Bray is just 15 years old, still on the younger end of her age group.