Blog do Coach: 2015 Maria Lenk trophy could be moving back to renovated Maria Lenk pool 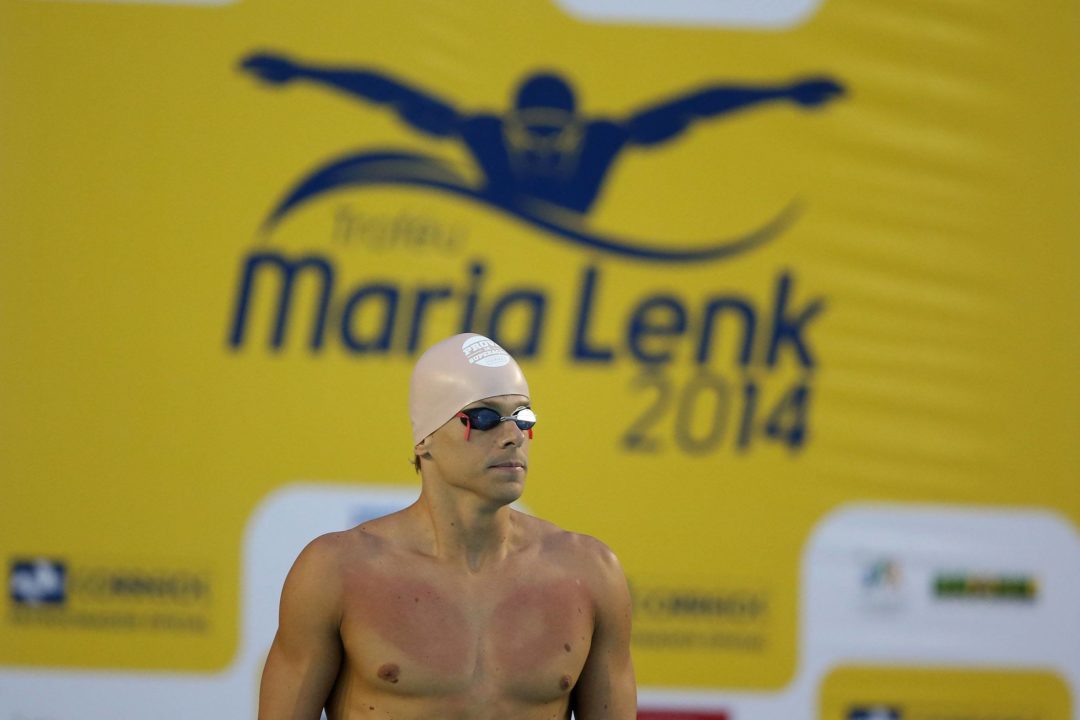 Brazil's biggest national swim meet could be returning to its most famous pool. Archive photo via Satiro Sodre/SSPress

Brazil’s biggest national swim meet could be returning to its most famous pool.

Brazil’s Blog do Coach reports that the Maria Lenk Trophy, the country’s long course national championship meet, could be returning to the newly-renovated Maria Lenk Aquatic Center this April.

The Maria Lenk event still doesn’t have an official host site according to the CBDA, Brazil’s swimming federation. It’s likely the CBDA is waiting to see how construction continues on the Maria Lenk pool. The event is scheduled for April 6-11 in Rio de Janeiro.

Blog do Coach reports that the Gymnastics Training Center right next to the Maria Lenk pool was officially inaugurated last week, and writes that the work on the pool is moving “at blazing speed.”

If the classic facility isn’t ready in time, the meet will be held in Sao Paulo, where the 2014 edition of the meet was held.

The Maria Lenk pool is being renovated in preparation for the 2016 Olympic Games, where it will host the Water Polo and diving competitions.

Seriously, why do Swimswam and other outlets continue to give this guy a platform??

Swimswam has undoubtedly known about the allegations for some time but they are not giving the guy any sort of love other than using his site as a source regarding pool repairs. Swimswam isn’t promoting his child rearing skills, asking his opinion on where best to place cameras in a locker room, closet, or house, or even the best way to run a foreign swim program.