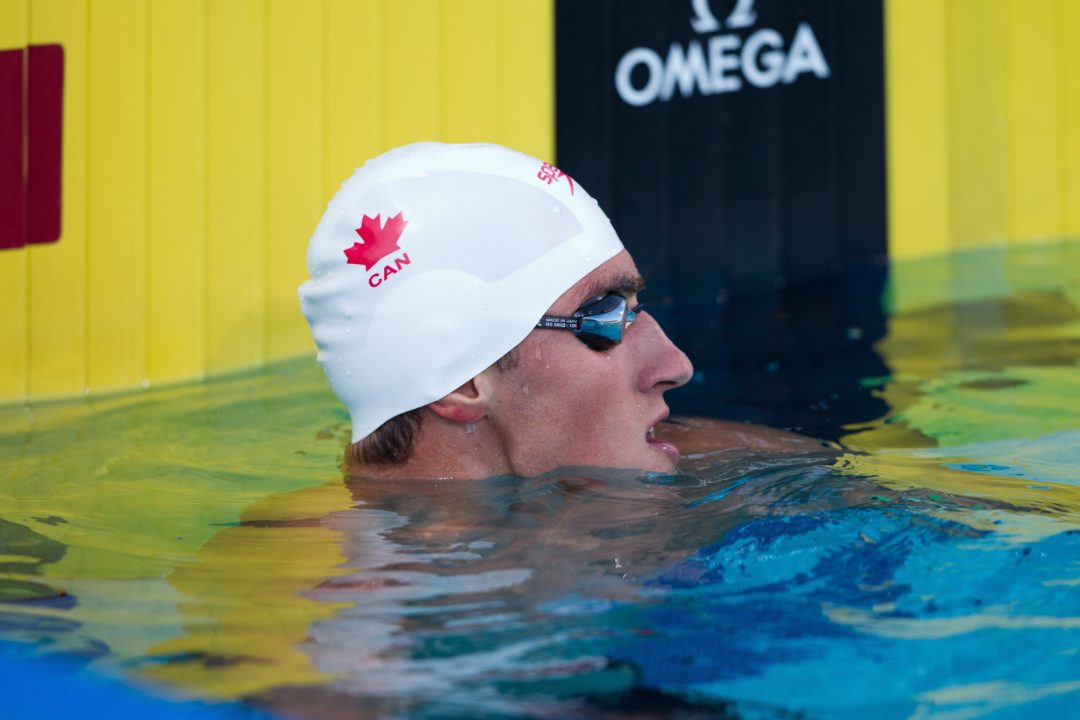 Thanks to Mike Thompson for contributing to this report. You can follow him on Twitter at @CoachMikeSwim.

Swimming Canada clearly had a vision with they expended the money that it must have taken to lure Ben Titley away from the top British training group at Loughborough and to their own National Training Center in Toronto, Ontario. With Titley’s sprint expertise, they wanted to have a center where the country’s stars could really gather and develop in a Club Wolverine/SwimMAC, sprint-geared, professional environment.

Titley has found the first Canadian athlete who is buying into the new training group in the form of Blake Worsley. Canada holds high hopes for the 24-year old from Victoria; at roughly 6’6″ he’s got a great size for speed.

Now, it will be up to Titley to get him over that hurdle; Worsley is clearly still developing and improving (he swam a best time leading off their 800 free relay at the Olympics), but that improvement slowed a bit in 2012.

He won’t be on the roster heading to the Short Course World Championships later this year, but shouldn’t have much trouble making the long course team that goes to Barcelona next summer. He has a chance to be the veteran surrounded by a young contingent of Canadian sprinters (with names like Luke Peddie in the mix) on those relays.

The timing of Titley’s arrival in Toronto is fortuitous.  Worsley happens to be in the city working an apprenticeship (internship) until December, so he will be working with Titley part-time until then, after which time he will hit the ground full-steam toward Worlds. He had previously trained under Coach-of-the-year candidate Randy Bennett at Island Swimming.