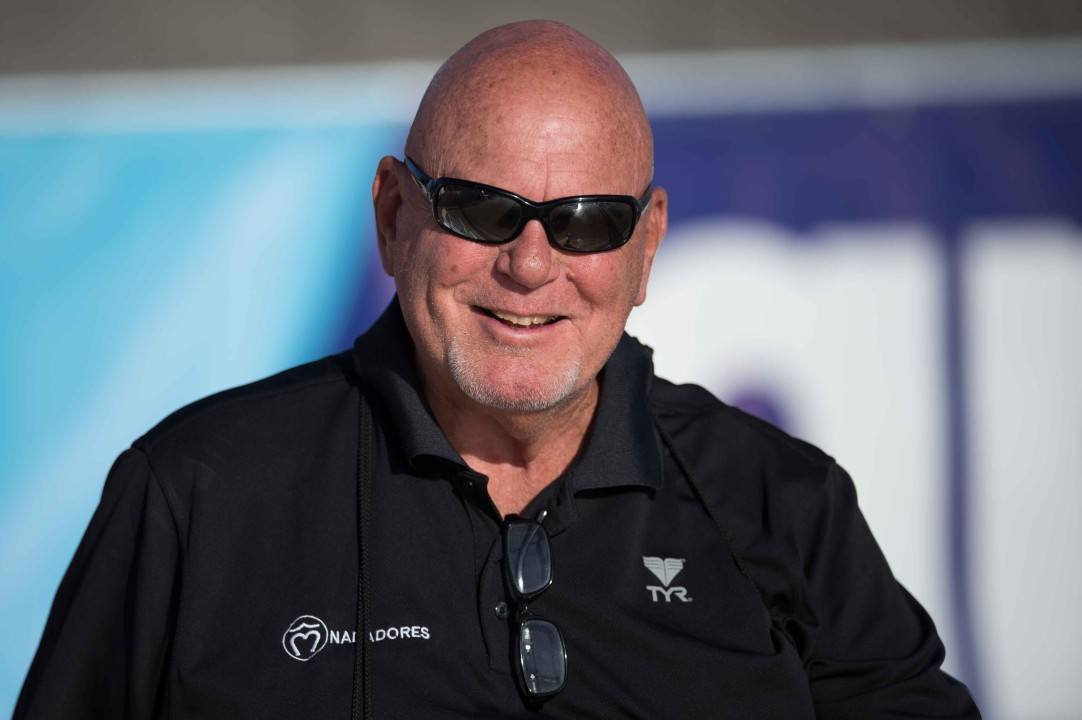 For the third year in a row, Southern California Swimming (SCS) has named Mission Viejo Nadadores Head Coach, Bill Rose, as its Coach of the Year. The Kevin Perry Coach of the Year Award is given in honor of Coach Kevin Perry and is voted on by SCS member coaches. Nominations are submitted by coaches’ representatives or senior representatives from across SCS. Additionally, all coaches who have placed swimmers on the U.S. National or U.S. Junior National teams are automatically nominated.

In 2015, Coach Rose coached 10 swimmers to qualifying times for the Olympic Trials to be held in Omaha, NE, next summer. These swimmers include: Jessica Epps, Samantha Shelton, Katie McLaughlin, Stephanie Peacock, Shane Forker, Grant Shoults, Nick Norman, Spencer DeShon, C.J. Smith, and Dan O’Connor.
In addition to his accomplishments as a coach, Coach Rose serves as a member of USA Swimming’s International Relations and Olympic International Operations committees as well as serving as chairperson for the USA Swimming Open Water Steering and Open Water Swimming committees. Coach Rose’s service and leadership to USA Swimming is exemplary as well.

Not sure if this award was deserved. There were some other coaches who had equal to or better than the accomplishments of Mr. Rose.