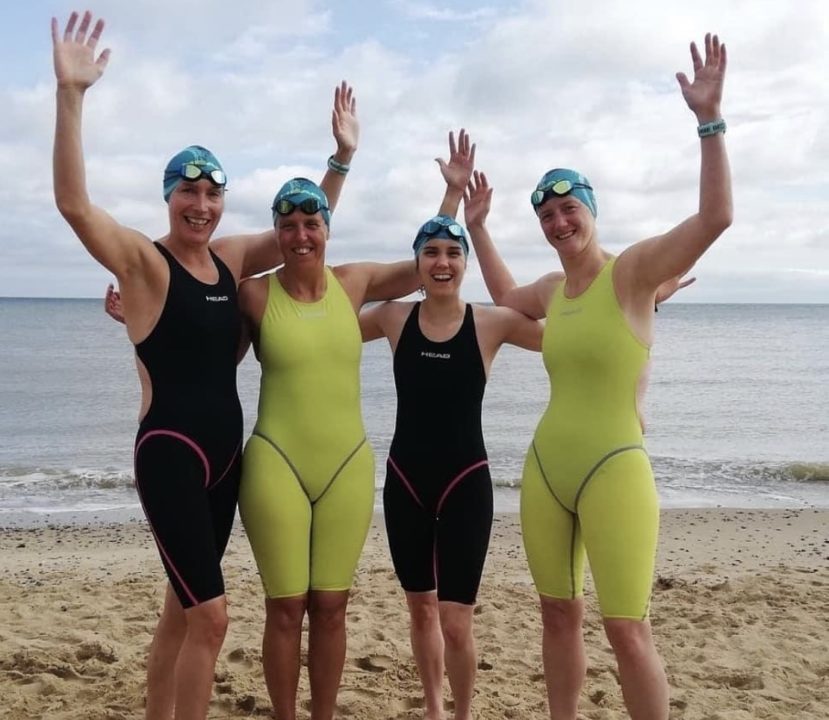 A team of women from Big Rick’s Swim Team have successfully completed a medley relay across the English Channel.

By completing the 21 mile swim, the group known as “Big Rick’s Chicks” and composed of  Melanie Holland, Claire Thorn, Lucy Lloyd-Roach, and Sarah Hempenstall has become the first all-women’s medley relay to cross the channel.

As previously reported, the team planned on crossing the channel rotating through the traditional medley relay order, with each swimmer in the water for an hour. With all swimmers going at the same pace, this would put each swimmer at a distance of swimming approximately 5.2 miles.

The group began their attempt in England around 11 pm on August 31, going in the order:

12 hours and 17 minutes later, they landed in France. Due to the order of the relay, Holland ended up being the final leg, leading the team to  France just before noon on September 1.

English Channel WR record Done
Congratulations Rick’s Ladies
From us all .
Simply amazing swimming . #ChannelRecord
Message from Mel (backstroker)
This is just a quick note to say WE DID IT! Big Ricks Chicks are the first ever all female medley relay to have swum the channel pic.twitter.com/in8SWS2Mqm

The swimmers completed the swim to raise money for Surfers Against Sewage, which aims to “inspire, unite and empower communities to take action to protect our oceans, beaches, waves and wildlife.”

Big Rick’s Swim Team is a group of open water marathon swimmers formed in 2008 in memory of Mark Rickhuss. The group takes on long distance open water races and swims in order to raise money for charities and challenge themselves.