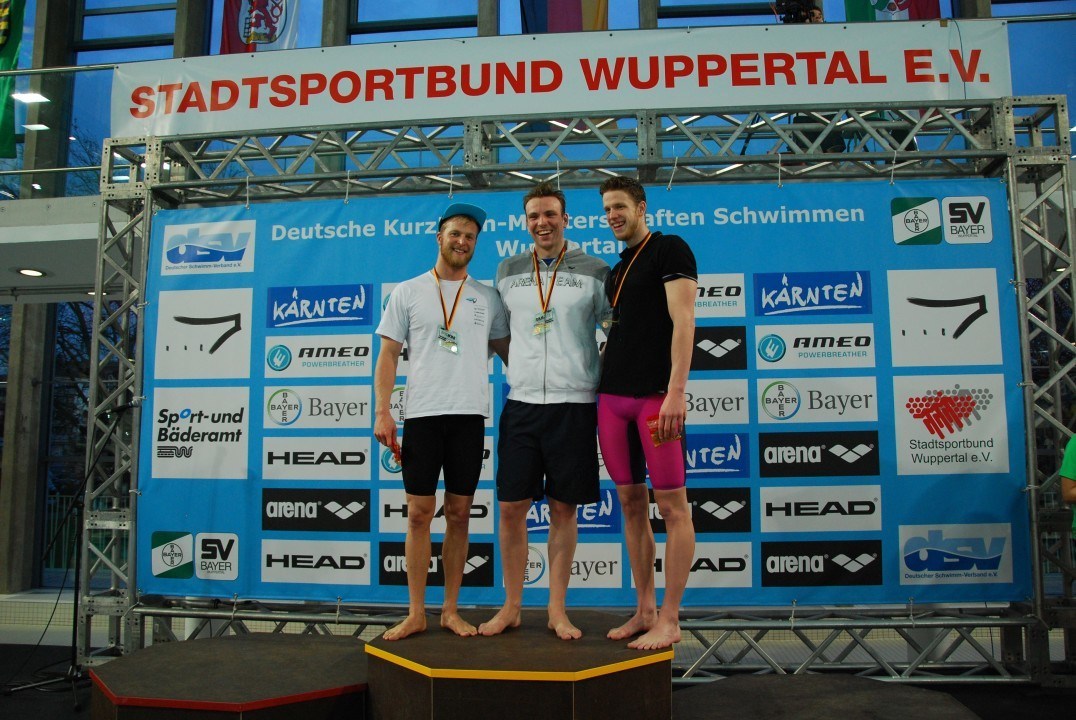 In an interview with the German news agency DPA, Paul Biedermann has announced that he plans to participate, at least for the moment, at the European Short Course Championships in Netanya, Israel in early December. Current photo via Daniela Kapser

In an interview with the German news agency DPA, Paul Biedermann has announced that he plans to participate, at least for the moment, at the European Short Course Championships in Netanya, Israel in early December. The Paris terror attacks and the current developments are very threatening, said the 29-year-old but on the other hand he looks at sport as a peaceful contest of nations and he believes that sport can create an understanding between different cultures and take on a pioneering role.

Numerous German top swimmers already have refused to participate in the European Short Course Championships in Israel because of safety concerns. The German swim elite competes in Wuppertal, Germany, at the moment at the German Short Course Nationals where they can earn the nomination for the German roster for Netanya. The German website  swimsportnews (swimsportnews.de) reported yesterday that  Germany‘s head coach Henning Lambertz stands in a constant contact with the German Ministry of Foreign Affairs and the situation will be observed constantly. But Lambertz added that at the moment the status is that a German team will swim at the European SC Championships. Also world champion Marco Koch has said he will swim in Netanya.

The German National SC Championships take place until Sunday at the „Swim Opera“  in Wuppertal, Germany.