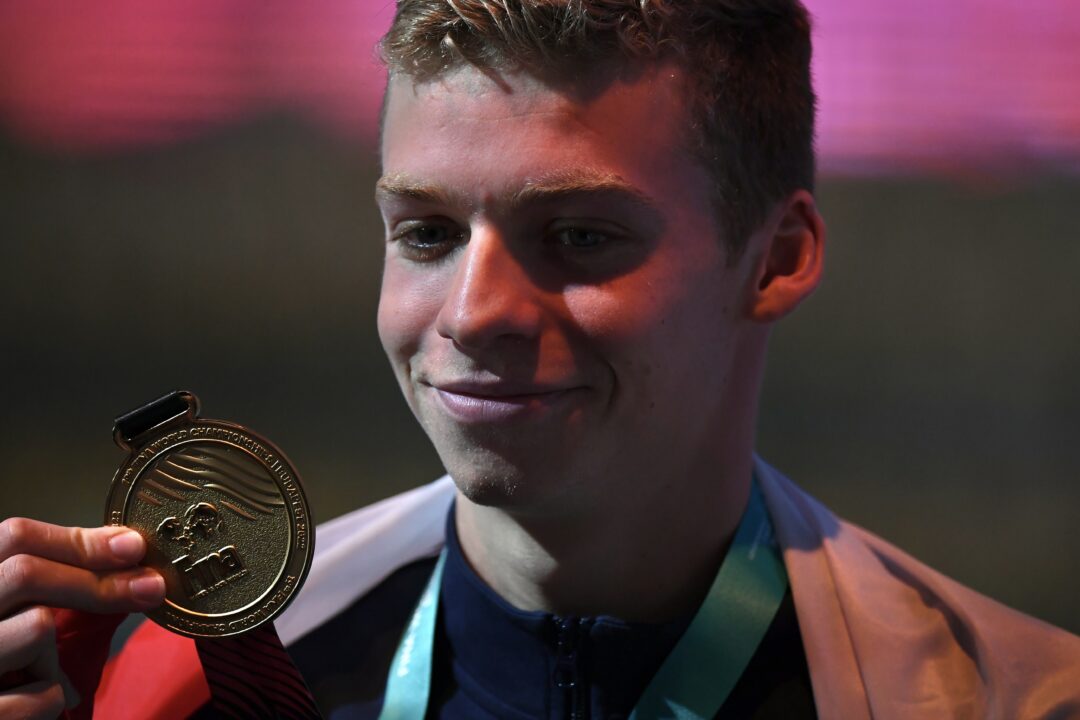 Read up on the latest edition of Beyond the Lane Lines featuring French standout Leon Marchand and Cypriot dynamo Kalia Antoniou. Archive photo via Fabio Cetti

Alabama’s Troy University revealed an aggressive study abroad initiative aimed at its 400+ student-athletes. Although the Sun Belt Conference school doesn’t field a swimming and diving team, the campaign represents the growing trend of higher education institutions striving to provide every benefit to prospective student-athletes that they can, short of providing a full-blown salary.

The foreign trips will allow Troy’s student-athletes to expand their knowledge by visiting unique cultures and participating in educational experiences, community service projects and competitions or clinics with local athletes and youth while on their trips, per the University’s release.

Funding for the trips will come from the Athletics Department and the Chancellor’s Award for Global Competitiveness.

Troy University is home to more than 1,000 international students from 70 countries worldwide and is proud to carry the title of Alabama’s International University. This new Troy Athletics initiative centers on providing student-athletes with experiences across the globe, primarily focusing on South America and Latin America.

#2 Leon Marchand Highlighted In Toulousians of the Year Series

French swimming sensation Leon Marchand was one of the key public figures highlighted within the ‘Toulousains of the Year’ series. Hailing from Toulouse, France, Marchand represented his home city in spades with the 20-year-old’s successful year of competition.

In 2022, Marchand topped the 200m IM and 400m IM podium at the World Championships in Budapest while also snagging silver in the 200m fly.

“I think that now I can consider myself a good swimmer,” Marchand told La Depeche earlier this month.

His Arizona State University coach Bob Bowman said of the star, “He is unpredictable. We do not know what his limits will be. And that’s what makes his future even more exciting!”

Japanese Olympian Tomomi Aoki announced her retirement from competitive swimming at the age of 28. The Asian Games medalist reached the final of the women’s 4x200m freestyle relay at the 2016 Olympic Games in Rio.

Last month Aoki posted on Instagram, ‘I have decided to retire, competing at the Japan Championships for the last time. It’s been over 20 years since I started swimming, beginning at the age of 3.

“Some things were hard and painful, but others were fun and happy! My second life is about to begin!”

Aoki is a current Japanese national record holder as a member of the 2019 4x100m freestyle relay who clocked a time of 3:36.17 at that year’s World Championships in Gwangju, South Korea. She is also a record holder for her contribution on the 2018 Asian Games 4x100m medley relay (3:54.73).

In the future, Aoki will work in the public relations department of Aioi Nissay Dowa Insurance.

Another Japanese Olympian in Rika Omoto has announced she will be taking an indefinite break from competitive swimming.

“I can’t write all of my 24 years of swimming life here, but swimming is one of my main means of self-expression. Sometimes you can race with confidence, sometimes things go wrong and are painful.

“I want to thank my dear family and friends who have always supported me.”

Two-time World Championships semi-finalist Kalia Antoniou has been voted the best female athlete from Cyprus for the year 2022.

Antoniou placed 10th and 13th in the 50m and 100m freestyle events, respectively, at the 2022 World Championships in Budapest. She claimed gold in the 100m free and bronze in the 50m free at the Mediterranean Games as well.

When will SwimSwam address the rumors surrounding grant house’s eligibility. The times he swam at midseason and relays he were on are still disqualified on the ncaa database.