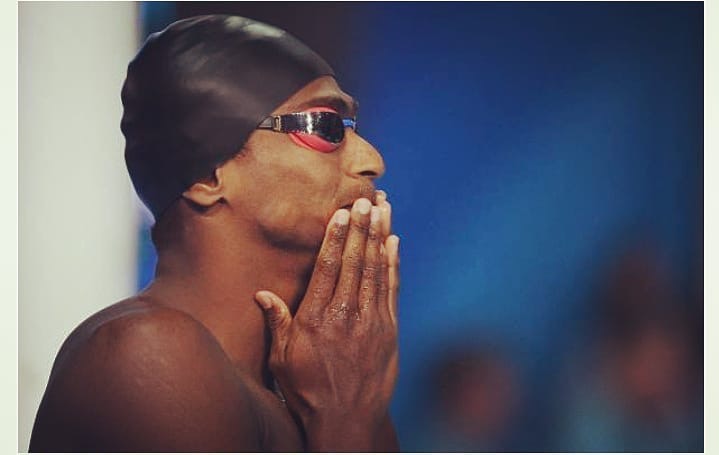 Read on to find out more about smaller swimming stories from around the web in this week's edition of Beyond the Lane Lines. Archive photo via Sajan Prakash

Not only is Sajan Prakash the first-ever Indian drafted onto an International Swimming League (ISL) team, but the 27-year-old has also been recently promoted by the Kerala Police. Prakash, who has been a member of the Kerala Police since 2019, has been appointed as Assistant Commandant today, September 7th. (On Manorama)

Prakash is a member of Team Energy Standard in the ISL, although he has yet to actually dive in for a race. Last month we reported how he’d be seeking Ayurvedic treatment for a period of two weeks to address a lingering neck issue.

This time the 51-year-old Briton took on the waters surrounding Greenland, stroking his way through a 4.8-mile trek in the Ilulissat Icefjord. The endeavor was accomplished in 14 sessions spanning 12 days, with water temperatures hovering in the 32F-37.4F range.

With this latest feat, Pugh became the first person to undertake a multi-day swim in the polar regions.

Per Yahoo Sport, Pugh said, “This was an extremely challenging swim. Not only because of the cold, and not just because I had to swim in freezing water day after day, without a chance to let my body recover, but because the conditions were also very treacherous.

“The reason why I did this swim is clear: we rely on ice for our survival. Ice keeps our planet cool enough for us to live. But we are losing it fast. No ice, no life.

“We have seen so many natural disasters this year – from wildfires in Greece, to floods in Germany, extreme snowstorms in Texas, but I want also everyone to be aware of what is happening here in the Arctic.” (Yahoo Sport)

Retired from swimming, Adlington is the mother to two children, 6-year-old daughter Summer from first-husband Harry Needs and 5-month-old son Albie from Parsons. Adlington and Parsons have been a couple since 2018.

Adlington, now 32 years of age, took the 400m and 800m freestyle gold medals at the 2008 Olympic Games in Beijing, followed by bronze in those same events 4 years later at the London Games.

Forest Park Pool, the city of Fort Worth, Texas’ only outdoor, 50m public pool, is set to be demolished after having been in existence nearly a century.

Opened in 1922, the ‘giant saucer’-looking pool was 250ft in diameter, with a center platform containing diving boards, water slide and water sprayers. According to a report in The Star Telegram, attendance in the 1920s exceeded 1,000 a day, with admission fees ranging 15 to 20 cents a person.

However, citing obsolete pipes and machinery, the swimming pool will now be demolished in June of 2022, with a new facility potentially being rebuilt in its place.