Bentley will be UWM’s Fastest Backstroke Recruit In History 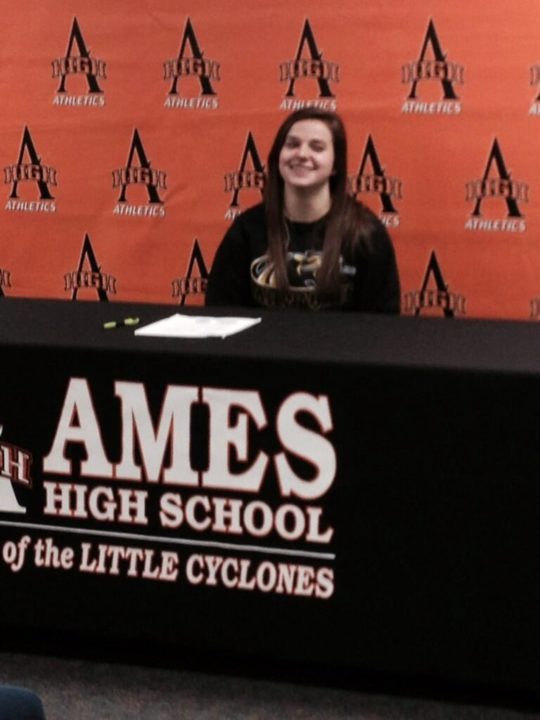 The Wisconsin-Milwaukee Panthers put a big charge into their rebuilding on Wednesday when they signed backstroker Sara Bentley from Ames, Iowa. Bentley will come in as the fastest backstroke recruit in school history.

UWM placed 2nd at the Horizon League Championships last season, including winning and breaking conference records in both medley relays.

However, they graduated all but the freestyle anchor legs of both of those relays, which includes their top backstroker Becky Yokosh, who was 3rd in the conference last year in the 100.

That’s where Bentley will be a big help. Her best event is the 100 backstroke, where she’s been 56.05. That’s only about seven-tenths shy of Yokosh’s best from last season, and is a tenth faster than Yokosh was in leading off UWM’s record-breaking relay.

Bentley’s challenge will be to come up with solid second and third events once she arrives in Milwaukee in the fall. She was a 2:02.50 at Winter Juniors in the 200 yard back. Of course, while that’s only a AAA time for a 17-year old, it would place her in the top 5 at the Horizon League Championships. She’s also got Horizon League scoring potential.

The Panthers’ newest recruit will find a training partner in sophomore-to-be Kristin Zablocki, who was 4th at Horizon’s last year in a 57.01, which broke the school’s freshman record.

Bentley swims at Ames High School for Dan Flannery, where she was part of an Iowa State Championship team title four-peat. She also swims with the Ames Cyclones under Tim Teeter.