Belmonte is Back! Wins at Indoor 5k And Beats Her Time From 2013 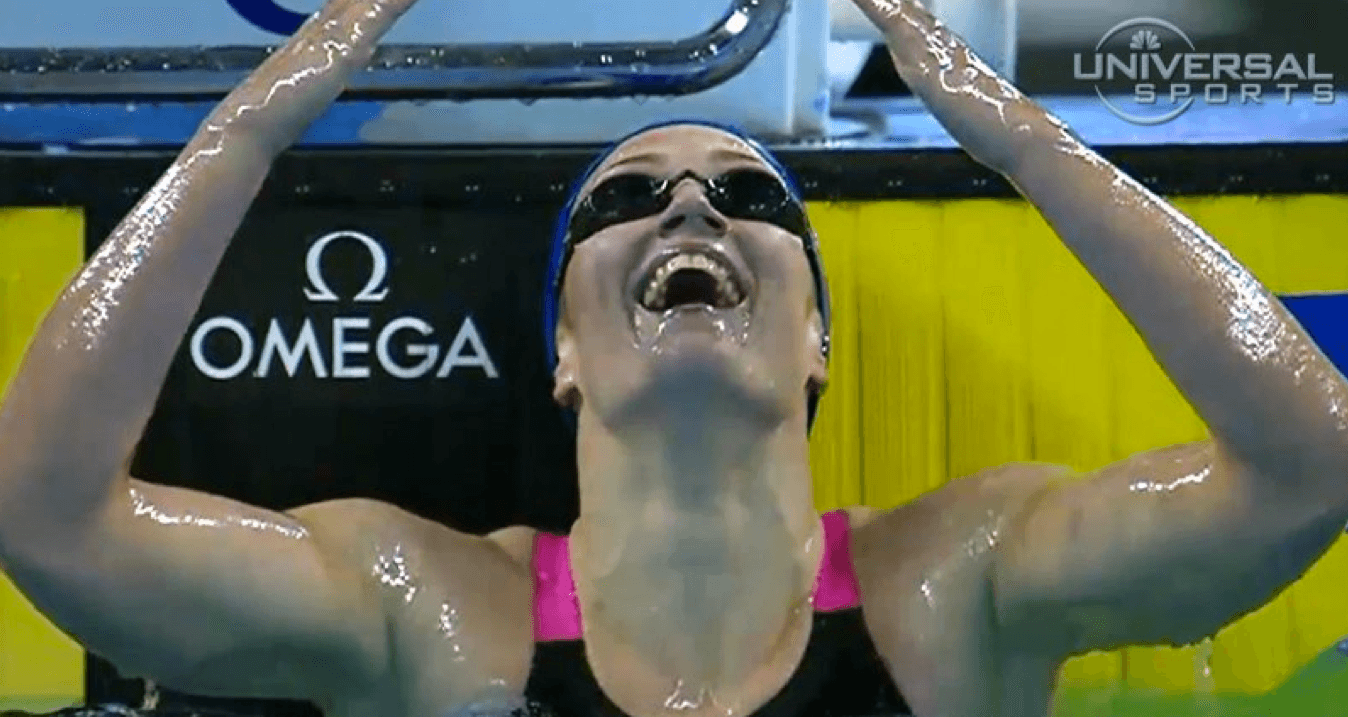 After sitting out most of the summer season with bursitis in her shoulder, Mireia Belmonte throws down a winning 5k race this past weekend. Archive photo via (courtesy of USN)

Spain’s Mireia Belmonte was scheduled to swim this past weekend in her first competitive race appearance since June. The 25-year-old world record holder was on the entry lists of the 5k Catalan Fund Winter Cup (COPA CATALANA FONS HIVERN) and ultimately competed in the race, which took place in a 50m pool in Terrassa on Saturday, October 24th.

Now that the results are posted, we can take a look at how Belmonte fared in the first true test of her shoulder’s condition since undergoing stem cell therapy and pulling out of both Spanish Nationals and the World Championships. The good news for Belmonte’s fans is that the Olympian won the grueling 5k event, clocking a time of 56:18.86.

With this particular competition taking place in a 50m pool, it’s hard to compare the results to her most recent 5k, which was the 59:10.87 2nd place finish at the 2015 Spanish Open Water Nationals back in June. Of course that race took place outside a conventional pool.

But, we can compare Belmonte’s previous results at this particular race from past editions, specifically 2013, the last time she competed at the meet.  In 2013, Belmonte again finished first in a time of 56:24.02, which means this year the Spaniard was roughly 6 seconds faster, which she and Coach Fred Vergnoux must take as a good sign in terms of where Belmonte’s recovery state is on the timeline towards Rio.

Below are the two snapshots of race results, the first from 2013 and the second from 2015.  Although the split break-out isn’t the same between the two, one can compare the overall progress of her race, revealing the shoulder held up well through the latter part of the most recent outing. Indeed, Belmonte’s 5k results reveal a swimmer who is on the mend, which looks extremely promising with under a year to swimming’s main event in Rio.

wow! a pool 5K – amazing feat. so focused and fast. i hope she has a great year. what a fantastic swim.