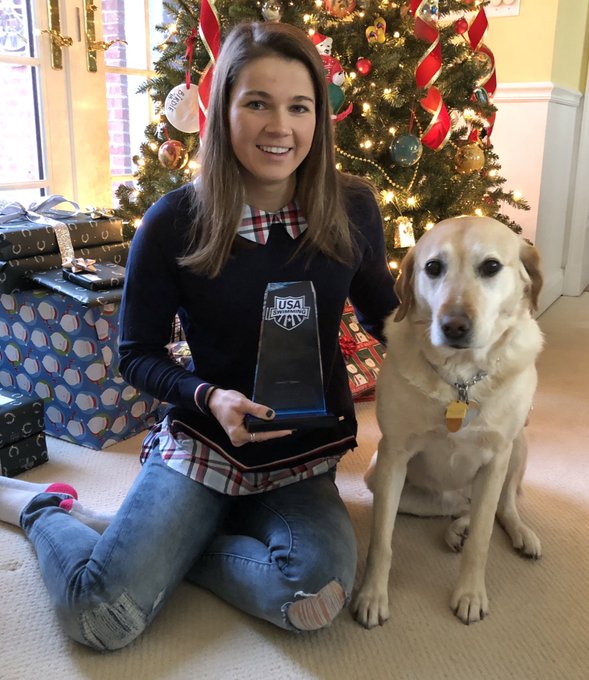 Among her accomplishments in 2019, Meyers broke a World Record that was previously held by the award's namesake: Trischa L. Zorn.

Becca Meyers has been awarded the USA Swimming Trischa L. Zorn award by USA Swimming for the 3rd time in her career. The honor is presented annually to the best swimmer (male or female) with a disability.

“To be recognized by USA Swimming with this award is a great reminder that anything is possible despite your disabilities,” Meyers said of the honor. “Heading into Tokyo 2020, this gives me additional motivation to keep training hard toward my goals.”

The 25-year old Meyers made a big move this summer, joining the training group at the renowned Nation’s Capital Swim Club, but the change in coaching didn’t slow down her record-breaking ways. Meyers broke a total of 5 World Records in the S12 classification in 2019, including one at the US National Champions that was previously set by none other than Trischa Zorn: the namesake for this award. In that swim on the first day of the meet, December 6th, Meyers swam a 5:17.81. That broke the old record of 5:29.76 that Zorn had previously set in 1990.

Meyers, a 3-time Paralympic gold medalist, is also a 2-time ESPY award winner for Best Female Athlete with a Disability. In total, she holds 9 World Records in long course, including a few in the S13 classification before she was recently moved to S12.

✨ Award alert ⭐️
Thank you @USASwimming for presenting me with this year’s 2019 Trischa L. Zorn award. The Trischa L. Zorn Award is presented annually to the best swimmer (male or female) with a disability. This is my third time winning this award. pic.twitter.com/NUCVGP0kbv