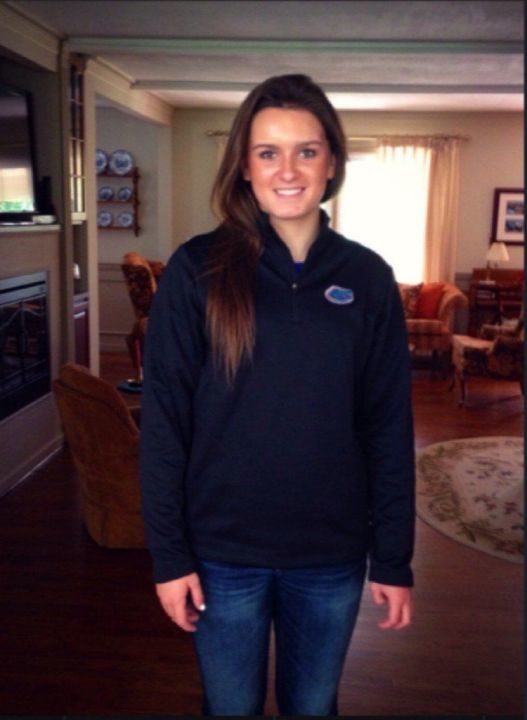 Sydney Sell has verbally committed to the University of Florida and their top-tier backstroke program.

The University of Florida and their head coach Gregg Troy continue to be a huge draw for high school backstrokes, with their latest verbal commitment coming from Sydney Sell of the Lakeside Seahawks, according to her coaches.

Much like other great Florida backstrokers of the past, Sell is also a solid IM’er, having been 2:03.74/4:26.24 in yards. Given the dual success that Florida has had with IM’ers, especially backstroker/IM’ers (Ryan Lochte, Elizabeth Beisel), it would be no surprise if her IM’s improved significantly when she arrives in Gainesville.

Sell has been a force on the Kentucky High School swimming scene since before she was even in high school. As an 8th grader, she placed 8th in the 100 back at the State Championship meet. Now the Western Hills High School senior is coming off of a year where she placed 2nd behind sophomore Asia Seidt, and will be battling for the title as a senior.

Wouldn’t that be Kristen Linehan’s record (not Kim’s)?

Kolten – no, it was Kim’s according to this article:
http://www.courier-journal.com/story/sports/college/kentuckiana/2014/06/14/sydney-sell-sets-backstroke-mark-lakeside/10513639/

Gotta be an error in that article–I think Kim was retired by that time and to the best of my knowledge never swam a 1:03 for 100m back…

kolten – interesting. Will look into it.