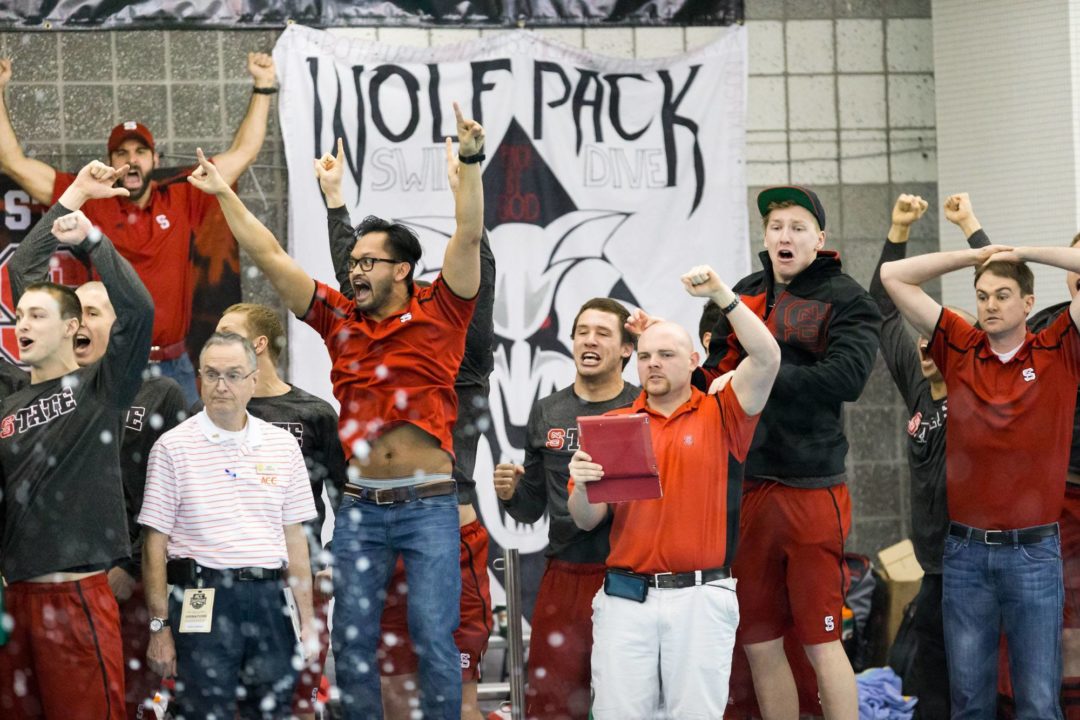 Jacob Siar, a rising junior backstroker at Auburn University, has announced on Twitter that he will be transferring to North Carolina State. Archive photo via Tim Binning/TheSwimPictures.com

Jacob Siar, a rising junior backstroker at Auburn University, has announced on Twitter that he will be transferring to North Carolina State.

Siar posted the following tweet on Wednesday morning, and confirmed to SwimSwam that he is transferring from the SEC to the ACC’s NC State Wolfpack next season:

Siar competed at the SEC Championships for Auburn this past season, finishing 24th in the 100 back and 25th in the 200 back.

Both of those times would have put Siar into the B final at ACCs, where he will now compete with NC State. The Wolfpack add another talented piece to a backstroking corps that was already loaded at the conference level – Andreas Schiellerup is the top ACC returner in the 100 back after finishing second as a freshman in 2014. In addition, rising senior Stephen Coetzer was an “A” finalist in both backstroke events, breaking the conference record in the 200 back in prelims and taking second in the final. His record still stands.

“I chose NC State because of the coaching staff,” Siar told SwimSwam. “The things they have done to the program the past few years are incredible and look to just keep growing. They have a great mentality of wanting to win and have great relationships with all of their athletes. Go Pack!”

All of that amounts to more good news for an NC State squad which almost pulled off the ACC title this season and continues to gain steam in the ever-expanding Atlantic Coast Conference.

So happy for Jacob! NC State is getting a high quality young man, and a wonderfully supportive family as well! Best wishes for a fantastic Junior season!