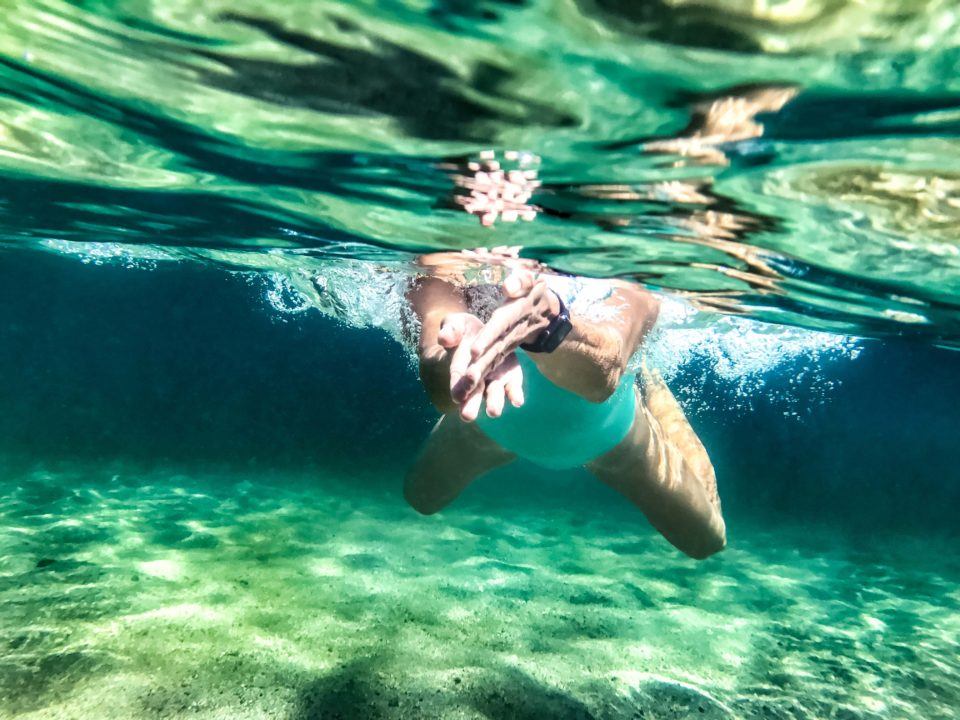 In September, 2017, Avram Iancu completed a grueling 2,860km swim of the Danube river over a period of 89 days without a wetsuit or fins. Avram is one of 12 nominees from around the world, and the only Romanian, chosen by a panel of open water swimming coaches and advisors this year, to be nominated for this prestigious award. Most of the panel are members of the International Marathon Swimming Hall of Fame.

The World Open Water Swimming Association, is the brain child of Steven Munatones, a former professional marathon swimmer and coach, who is also an Honor Swimmer in the International Marathon Swimming Hall of Fame. Steven also created the Daily News of Open Water Swimming to help promote and educate people about the world of open water swimming and its heroes, heroines, events and rules.

“not only pushed himself longer than he ever imagined over the course of 89 days, but he also faced and overcame rougher and colder conditions than he ever thought possible. More importantly, he touched thousands of people in his humble manner who were inspired by his engaging personality, his visible strength of character, and the sheer physicality of his feat. The 41-year-old librarian graciously met local politicians and students; he spoke with celebrities and environmentalists; he swam with local people. For his 3-month promotion and celebration of the sport, for his minimalistic approach to stage swimming as he lived off the land without a large entourage or crew, for his personable approach to serving as a swimming ambassador throughout 11 European countries, Avram Iancu is a worthy nominee for the 2017 World Open Water Swimming Man of the Year.”

On hearing the news of his nomination today, Avram Iancu exclaimed:

‘Wow! This has come as a huge surprise. I am so grateful for the international recognition. It’s really an honor to be nominated along with such other accomplished swimmers. This is great.’

Avram has been supported and sponsored throughout his journey by Canah, a European hemp food processor from Romania. Canah’s nutritious food products powered Avram on his Danube swim and his earlier swims across the English Channel. Dan Lazarescu, founder of Canah, said:

‘We are so excited for Avram and congratulate him on the nomination. This is a very prestigious international competition, and to have reached nomination stage is already an enormous achievement. I understand he is the only Romanian to have been nominated this year, perhaps ever, and no Romanian has won this award since it first started in 2008. Now we all need to get on line and vote!’

Voting is open to the public through this link http://dailynews.openwaterswimming.com/2017/10/world-open-water-swimming-man-of-year.html and the winner will be announced close to midnight on 1 January 2018, California time.

Avram Iancu is a 41 year old librarian from Petrosani, Transylvania, a landlocked town in Romania. On 30 August 2016 he became the first Romanian to swim the English Channel. He swam the 62 kilometres in almost 18 hours, enduring cold water without using a wetsuit. Avram donated his financial reward to a national campaign to bring back to Romania Wisdom of the Earth, a renowned sculpture by Constantin Brancusi. Avram has also undertaken endurance swims for other humanitarian causes – such as raising money to help a sick child and the elderly.

Avram believes that nothing great can be achieved easily. His success in swimming the English Channel required extreme physical training in the frozen waters of rivers near his hometown. Avram is an accomplished sportsman; he is also a national champion in Martial Arts.

www.dailynewsofopenwaterswimming.com – where articles about each of the nominees are posted

http://openwaterpedia.com/index.php?title=WOWSA_Awards – historical information about the awards

CANAH is a major sponsor of Avram Iancu, who uses Canah’s hemp-based products to support his diet. Founded in 2007 in Bihor, Romania, CANAH products are available worldwide and include its Hemp Essential range of shelled seeds, oil and protein powder, as well as energy bars and other delicious hemp products.

1. Was his swim recognized by an official observer?
2. The first romanian who crossed the English Channel is Dan Canta. He was also nominated last year for World Open Water Swimming Performance of the year
These are the links :

This is first time hear about Avram Iancu record and international recognition also proud to be a romanian as he is. .