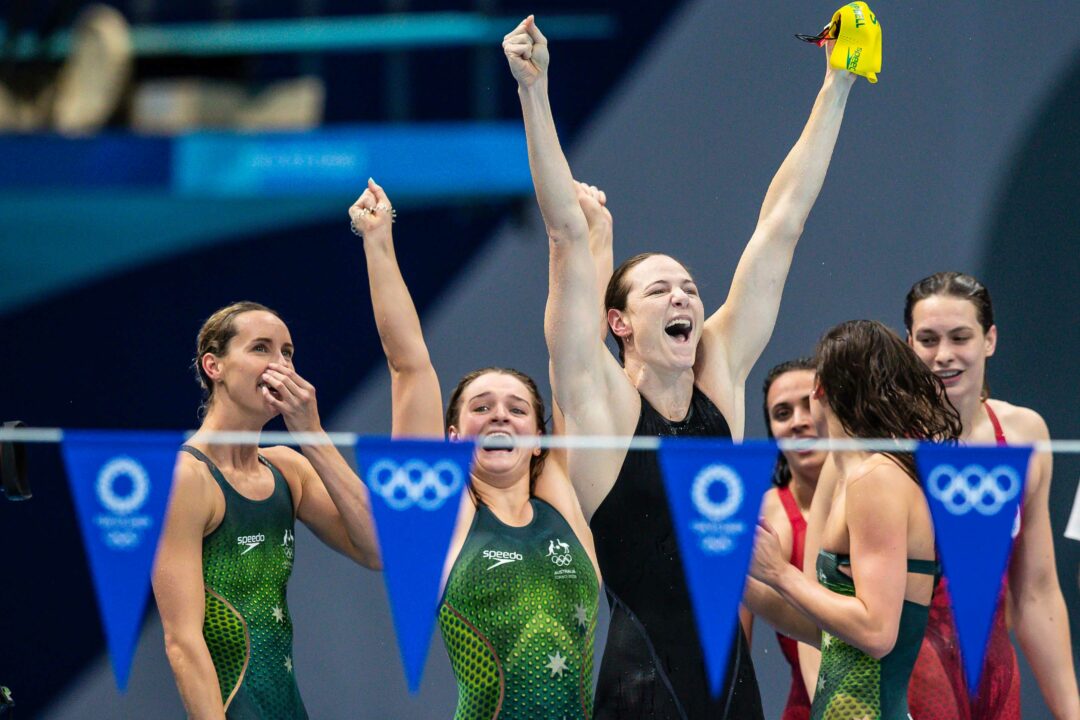 CEO Stuart Coventry says the ASL will be open to international swimmers, but he doesn't see any potential clashes, rather a collaboration, with the ISL. Archive photo via Jack Spitser/Spitser Photography

Australian Swimming League (ASL) CEO Stuart Coventry sat down with Coleman Hodges recently on the SwimSwam Podcast to discuss the ins and outs of the newly-formed professional league, including how the idea initially came to fruition and how it fits in the broader sports entertainment industry in Australia.

The ASL, which was first announced in July, is a privately owned and funded league that has partnered with Swimming Australia.

Coventry shed some light on several aspects of the league, including how long its been in the works and where its inspiration came from.

“It’s one of the most popular sports in Australia, it’s the most watched sport at the Olympic Games and it’s a truly global sport,” Coventry said. “So therefore, what the group of swimming enthusiasts I’ll call them, or private investors, they got together behind the scenes and I think they admitted to all of the key stakeholders in swimming that it really had to find its place outside of major elite world swimming competitions. There was nothing within the gaps.”

After conducting market research, Coventry said they received an extremely positive response, in particular from athletes and coaches.

“We all feel as a group that swimming needed to maintain and develop a sustainable and entertaining domestic competition. I do say entertaining because that will be a key part of what our criteria is about and the competition, and there’s a lot of other sports in Australia that have gone down a similar pathway.

“The outcome of all this for athletes is essentially providing more meaningful competition for them. So after putting all this together, the ASL was born as the fit-for-purpose product of swimming in Australia.”

Coventry noted that the process in putting together the league’s framework has been ongoing for the last 18 months, though he’s only been in the business for the past three. Previously, Coventry spent seven years as the CEO of one of the clubs in the Big Bash League, a cricket league in Australia, which is “renowned as being one of the greatest startup success stories in Australian sport.”

Coventry notes that the league disrupted traditional cricket in Australia, and sees the ASL doing a similar thing in swimming.

“Essentially the Big Bash League tried to fill a void in a sport losing audiences, particularly that key demographic of five to 15-year-olds.

“What I see with the ASL is that not only it’s a great competition for athletes and it provides a springboard to allow athletes to have those really key elite sport moments outside of the other ones, but what it does is it just brings new audiences into the foyer.

“How do we create a product that brings in the non-core swimming audience and brings in new audiences to come check out a night out and have entertainment around elite swimming.”

The league was planning to officially begin in the fourth quarter of 2022, with a launch event set for October of this year. Coventry says that due to the ongoing COVID restrictions in Australia, the launch date, which will be a combination of an “opening night” for the league along with being a concept test, has been pushed to February 2022.

The ASL will have traditional races in a short course meter (25m) pool, and will test out some other unique formats at the February event to see which to include in the official competition, which is expected to begin in October.

Coventry noted that prize money will be on the line, and the events will be “short and sharp” to appeal to consumers.

With the International Swimming League (ISL) already in place, one of the questions surrounding the ASL was whether or not it was only for Australians, or would it be open for any and all athletes?

While the league format is still in development, Coventry says it will feature four, six or eight clubs going head-to-head with one another, with a soft salary cap in place. He said each team will be equally represented by male and female athletes, along with junior and multi-class swimmers, and an annual draft will be introduced to ensure an equal spread of talent across the league.

Each club will be privately owned and strategically positioned across Australia.

“We really want to invest in ensuring that clubs can create the equity and the tribalism that’s important. Australian clubs are very tribal, a lot of them have been around for many years, and we need to establish that.”

The league will offer an opportunity for passionate swimming fans to invest into professional sport, a rarity in Australia, which Coventry believes will work given the popularity of the sport in the country.

“We’ve got pretty aggressive targets for next year and we want to grow the sport. We want to work really closely with our key swimming stakeholders and make an exciting, entertaining event outside of what others are doing.”

Coventry doesn’t see the ASL clashing heads with the ISL, but rather the two working in collaboration to grow the sport worldwide.

“We congratulate the ISL and what they have done to really disrupt the sport and we don’t see any crossover with those competitions and we’re very much collaborative in what the ISL is thinking, so we can definitely compliment the ISL.”

Watch the full podcast below:

I’m looking forward to this but I just don’t see it. Swimming isn’t that popular in Australia. It’s highly watched at the Olympics because it’s where the bulk of our medals come from. I don’t think there is an appetite to watch it year round.

Also I think making it short course is a mistake. Most Aussies don’t even know short course exists, and may dislike it. I know I don’t enjoy watching most of the race underwater.

While I understand your concerns I think it’s important to just give it a chance first instead of shooting it down before it even takes flight .. if after one season and all parties concerned don’t think it’s been “beneficial” in terms of growing the sport in Australia then them’s the breaks

Swimming was extremely popular, but due to the development of other nations reducing our success as well as a period without any dominant marketable swimmers (2012-2016) the popularity has diminished significantly.

We now have a very strong team, especially the women’s team, loaded with marketable and high performing swimmers. Definitely time to strike while the iron is hot.

And your issues with SC are odd.

Every Australian involved even tangentially with swimming 100% knows SC exists.

Agree M d e. Let’s give it a go. And Australian short course championships are always pretty exciting and a little more relaxed too. Fun stuff.

I like their concept of “an annual draft will be introduced to ensure an EQUAL spread of talent across the league”. That could keep ASL very interesting year after year!

Yeah i wonder where they got that from

If they want to add Multi-Class (aka Para-Swimmers), they will need to adjust the classification system for short course swimming. The extra turns will cause massive discrepancies between the upper and lower limb disabilities.

I think adding multi-class is going to be a massive challenge. I understand the political pressures in Australia and that Swimming Australia would probably very much like them as a partner to include multi-class, but that’s going to be very, very difficult to do in a way that is competitively viable in this format. Especially given the classification concerns there have been in the last few years.