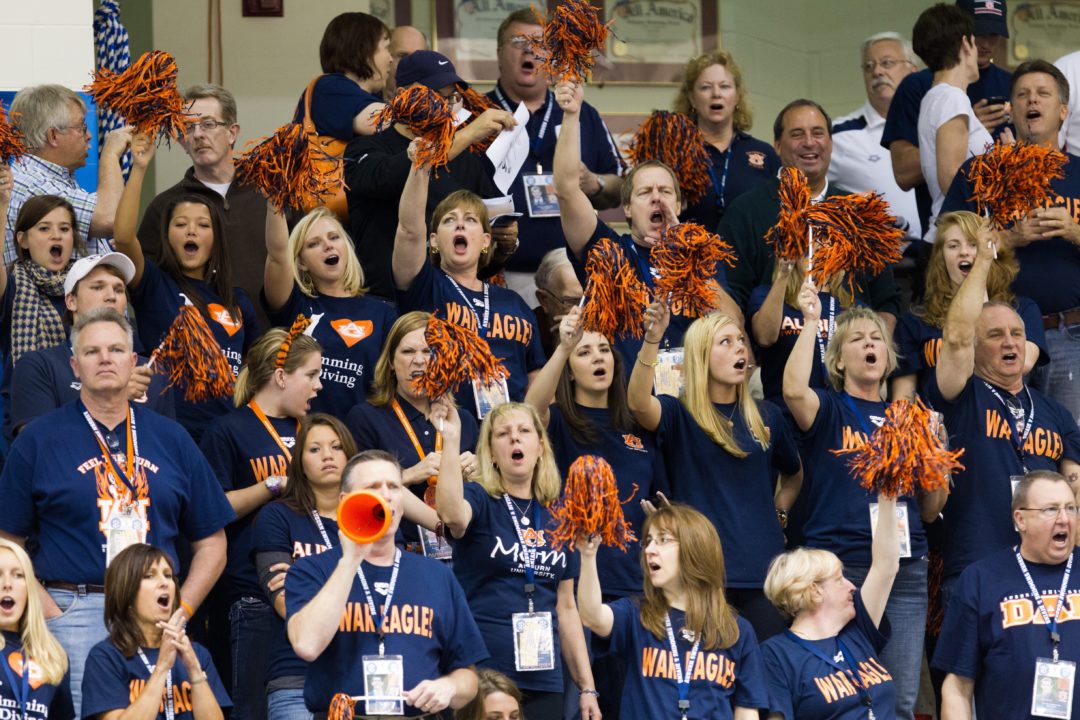 Auburn has gotten another big breaststroke verbal commitment, this one from Zack Warner out of New Jersey.

Zack Warner of the Somerset Valley YMCA in New Jersey has verbally committed to the Auburn Tigers, giving Auburn the deepest men’s breaststroke group that they’ve had in a while.

Warner was a part of the SVY 200 and 400 medley relays that set National Records at the 2012 long course, 2013 long course, and 2013 short course YMCA National Champions. He also swims for Montgomery High School.

Warner has yards bests of 54.98 and 2:00.10 in the 100 and 200 yard breaststrokes. After graduating Stuart Ferguson and Chandler Gerlach, Auburn will turn to some combination of senior Peter Haas and freshman Michael Duderstadt – who was a 54.5 in high school – to fill that role this year.

But next year, the breaststroke battle will become intense. In addition to Duderstadt returning, they’ll bring in Warner, as well as Jacob Molacek, who is nearly an identical 55.0 breaststroker (though he can contribute in many, many other places as well).