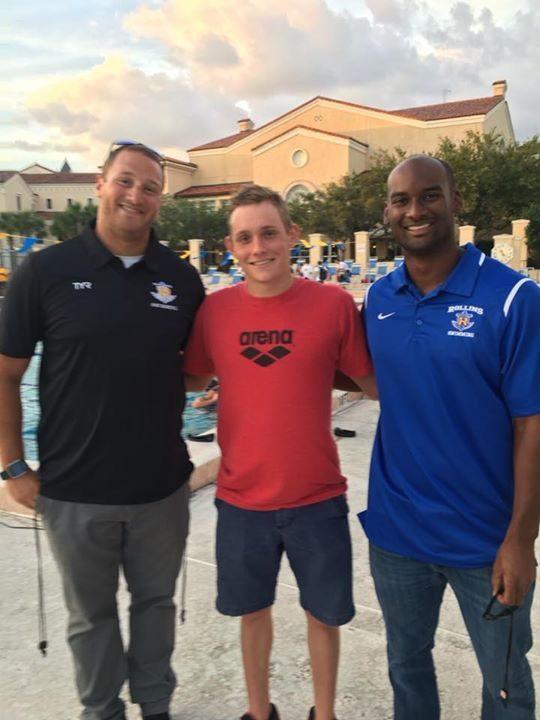 Jason Heishman, of Charlotte, North Carolina, has verbally committed to swim for Rollins College in Winter Park, Florida, beginning with the 2017-2018 season. A senior at South Mecklenburg High School, Heishman has been a key member of the boys’ team and has helped them win three consecutive North Carolina High School State Championships (2015, 2016, 2017).

Heishman swims year-round for the Aquatic Team of Mecklenburg (ATOM) and is a Sectionals qualifier. He has a 4.3 grade-point average and is a member of the National Honor Society and HOSA. His best events are:

The Tars compete in the Sunshine State Conference with such NCAA Division II heavyweights as Nova Southeastern. The men’s team finished sixth at the 2017 conference championships, amid several school records: Benjamin Gebauer in the 100 free, and Peter Haddad, Luiggi Reno, Ailin McCullough, and Gebauer in the 400 medley relay (also, Luiggi Reno broke the 200 breast record in December).

Congrats to Jason Heishman for giving his verbal commitment to attend and swim at Rollins! pic.twitter.com/xJdWaDclbd

Huh. I’m amazed Elvis VB can even make contact with a breaststroker without his skin immediately blistering up and smoking.