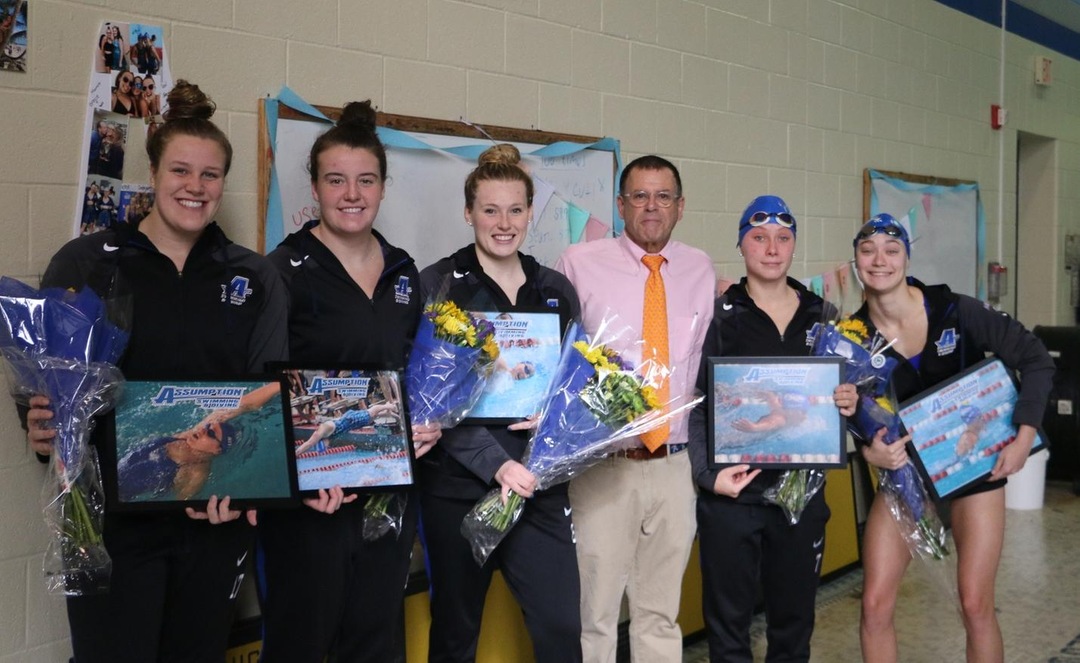 The Assumption Hounds extended their home record to 23-0 with a win over Sacred Heart for senior day. Current photo via Assumption Athletics

WORCESTER, Ma.- The Sacred Heart University Swimming and Diving team fell to Assumption this morning by a final score of 107-93. The Pioneers will return to action on Friday, Nov. 22 when the Pioneers compete at Central Connecticut State. The meet begins at 10:00 a.m.

– The Lead: The Hounds extended their home record to 23-0 with a win over Sacred Heart for senior day.

– The Hounds are back in action the weekend of November 22 at the Harold Anderson Invitational.