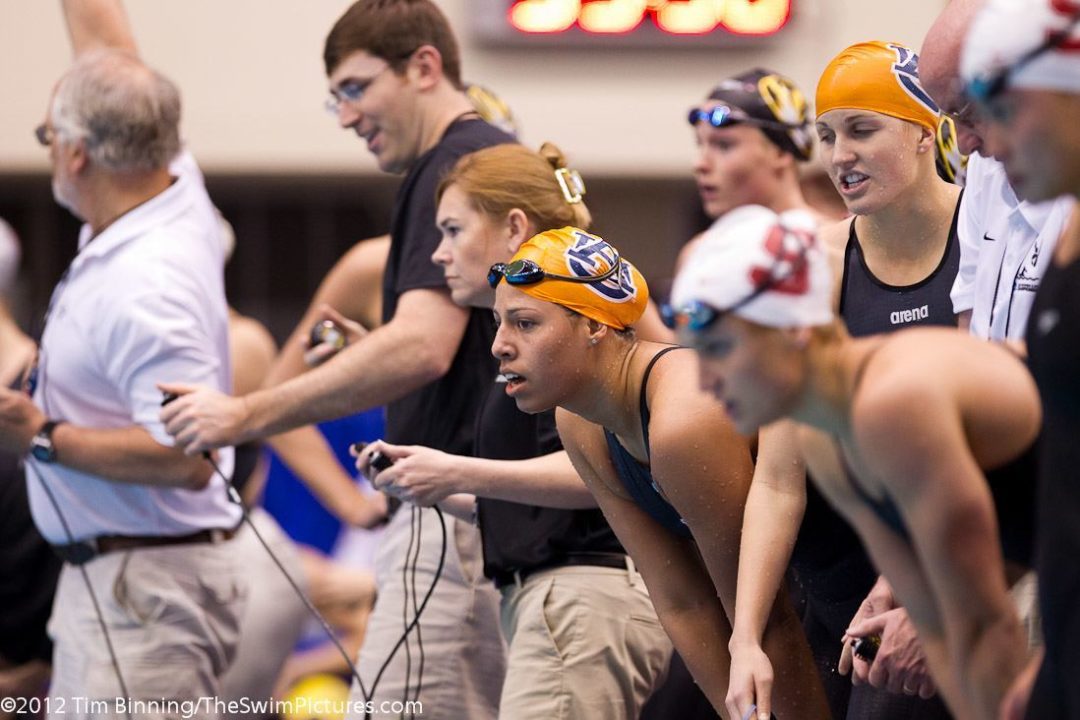 The Auburn women have already picked up two big verbals, and two Bolles Sharks have already made their decisions. (Photo Courtesy: ©Tim Binning/TheSwimPictures.com)

To read all of the latest recruiting news, click the category page here.

Ashley Neidigh has made her college decision, and though she’ll be in the same conference as her older sister Lauren (a Florida sophomore), but instead of chomping for the Gators, younger sister Ashley will be flying “War Eagle” for the Auburn Tigers next fall, according to the Bolles School website.

As Auburn continues to work on building their distance groups, Neidigh’s addition will really accelerate the process, and if all goes according to plan could really improve Auburn’s visibility in the world of distance swimming. The rise has been very similar to what we’ve seen at Cal – get a few swimmers to overachieve (for Brett Hawke, it’s been Katie Gardocki and Zane Grothe), and then start to hit with the big recruits. Dave Durden at Cal recently got his in open water National Teamer Janardan Burns, and now Hawke has his with Neidigh.

Her time in the 1650 should immediately make her an SEC scorer, and small improvements in the 500 should do the same. She could very well score at NCAA’s in the mile as a freshman as well, and all indications are that she’s still getting better. Between her sophomore and junior years, her 1650 time dropped by 10 seconds, and her 500 by 9.

In other related verbal commitments, according to the Bolles site, Emiro Goossen has committed to swim for the men of the University of Florida. The Trinidad & Tobago sprinter comes in with bests of 21.06 in the 50 free and 46.26 in the 100.

Also offering up her verbal committment via Twitter this week, Kristen Murslack has also committed to Auburn. The Pennsylvanian from Pine Richland Aquatics/High School has great versatility for the Auburn coaching staff to work with. She’s been a 1:02.12 in the 100 breast, which will be another outstanding member of Auburn’s exploding breaststroke group. She was 2nd in Pennsylvania last year in that 100 breaststroke, behind only recent Georgia commit Emily Cameron.

Murslack also has been a 55.9 in the 100 fly (not an earth-shattering time on its own, but you should see where this is going by now).

Congrats to Ashley and Emiro!!!! We’re proud of you!