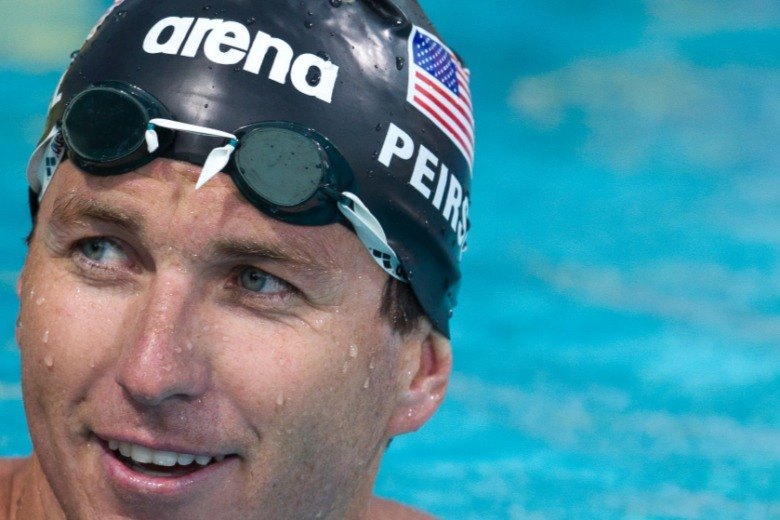 As part of its continuing commitment to growing the sport of swimming in the USA, Arena North America is partnering with three-time...

“Arena wanted to find a way to expand the excitement and inspiration of the Grand Prix Series to truly impact youth swimmers across the nation, and the Grand PrixView gives us the opportunity to do just that,” said Tim McCool, Vice President and General Manager of Arena North America. “In Aaron, we found the perfect ambassador for this cause – someone who is wholly committed to inspiring kids and encouraging their love of our sport.”

At each event in 2013, Peirsol will give a special talk to local swimmers, ages 8-12, and their parents. As the cornerstone of the events, the youth swimmers will compete in a relay race with Peirsol and Evans. The race will take place in front of the Grand Prix crowd, just prior to the finals session. After the race, the kids will watch the finals session from the special Arena Shark Tank seating area, while enjoying photos, autographs, conversation and dinner with Peirsol, Evans and Gaines.

At the inaugural event in Mesa, Ariz., on Saturday, April 13, 150 kids from the Mesa Swim Club will fill the “Shark Tank,” and 23 will swim in a unique relay event before the Grand Prix crowd. The participants were selected based on attendance at their swim practices this season.

“When Arena approached me with the opportunity to reach youth swimmers across the nation, I was extremely energized,” said Peirsol. “I know I speak for much of the U.S. National Team when I say that we recognize the importance of encouraging and perpetuating the love of the sport, and I hope an experience like the Arena Grand PrixView will positively impact kids across the nation. We all need to remember why we fell in love with this sport, and I hope I can help send that message through this event series.”

More: The Arena Grand PrixView kicks off April 13 at the Skyline Aquatic Center in Mesa, Ariz. …Special Guest Janet Evans will join Peirsol at both 2013 events … The second Arena Grand PrixView will be held at the Arena Grand Prix at Santa Clara on Saturday, June 2 … Participant details will be forthcoming …This event is part of Arena’s historic, eight-year partnership with USA Swimming, the national governing body for the sport of swimming in the U.S. … Local media members in Mesa and Santa Clara are encouraged to contact [email protected] to secure credentials … Peirsol is available to speak on the event series Monday, April 1 and Tuesday, April 2. Please contact[email protected] / 719-235-8051 to schedule an interview.

OMG!! i just saw on peirsol facebook he is officially UNretiring anyone know if this is true??

idk!! he was on the morning swim show and he said he was going to announce his decision at this even!