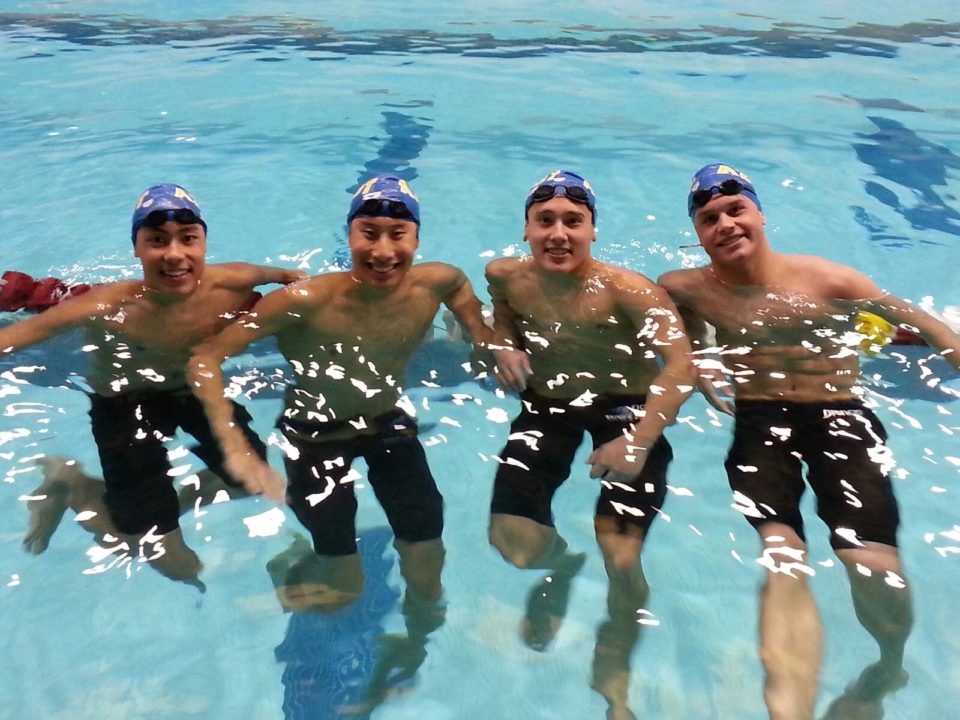 The group of Danny Tran, Tyler Lin, Justin Hanson, and Thomas Smith combined for a 1:31.90. That broke the old record by a second-and-a-half; it had been set in 2011 by the Crow Canyon Sharks at 1:33.41. That old relay was made up of Dillon Williams, Brett Usinger, Bryan Hughes, and David Morgan.

The splits on the latest record-breaking relay:

The same foursome will be shooting for the 400 medley relay record on Sunday.

And can we have the results of that meet somewhere please?

Danny Tran is not related to Cindy Tran. There are a lot of Tran’s in So Cal.

bobo – have only found them on Meet Mobile.

What??? There is no 200 Medley Relay at the 2014 Texas Sectionals. There has only been two official relays so far – 400 Free Relay Friday night & 800 Free Relay Saturday night. There is a 400 Medley Relay but that will not be until Sunday night. Here is the official meet flyer – http://www.ntswim.org/meetinfo/2014/140227_info_ags_sectionals.pdf
No 200 Medley listed at this meet.

Okay. Meet Moble did not show it yesterday or today for some reason. Congratulations to those boys!