Anton Chupkov Nominated for Russian Athlete of the Year 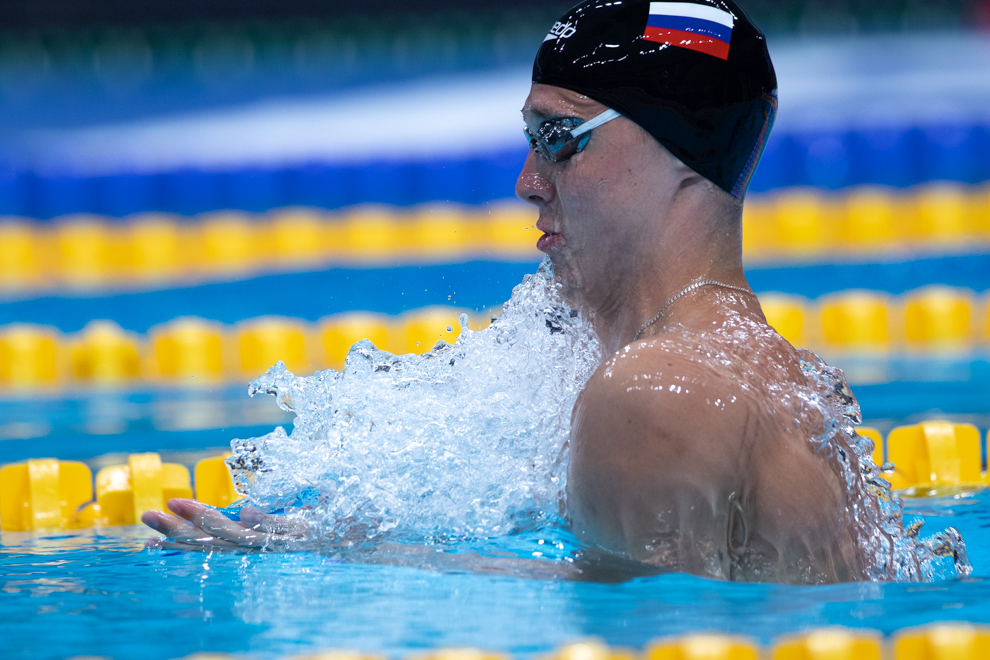 After setting a World Record in the 200 breaststroke at the 2019 World Championships, Anton Chupkov has been nominated for Russian Athlete of the Year. Archive photo via “Rafael/Domeyko Photography”

Swimmer Anton Chupkov and president of the All-Russia Swimming Federation Vladimir Salnikov have been nominated for awards at the “Pride of Russia” awards, the country’s national sports awards.

Also in 2019, Chupkov won 3 gold medals representing Russia at the World Military Games – topping the podium in the 100 breaststroke, 200 breaststroke, and 400 medley relay.

He is nominated alongside snowboarder Dimitry Loginov and freestyle skiier Maxim Burov. Loginov was a double World Champion in 2019 in the parallel grand slalom and parallel slalom events, while Burov took a World Championship in aerials and a bronze medal in mixed aerials.

At the time of posting, Chupkov is leading the public vote with about as many selections as the other two athletes combined.

As for Salnikov, he has been nominated for the Legend of Domestic Sport award, honoring champions of the past. Salnikov, now a member of the FINA Bureau and a leader of domestic and global swimming and Olympic sports, is a 4-time World Champion. He won 3 gold medals at the 1980 Olympics, where much of the world boycotted, and a 4th at the 1988 Games when he was 28 years old – in a period when most athletes were retiring by then. He may have won more were it not for the Russian boycott of the 1984 Olympics.

The National Sports Awards were established by the Russian Federation in 2010 in order to stimulate the professional activities of athletes, coaches, and physical education specialists. The winners are determined by a combination of an expert council and a public vote. The expert council includes athletes, leaders of national sports, government officials, and popular cultural figures in Russia.

If 400 breast was an event this dude would dominate

agreed , so talented & yet some room for improvements still

His swimming isn’t much more efficient then chupkov if at all.

And there is still no video of that full race?! Would love to actually see it