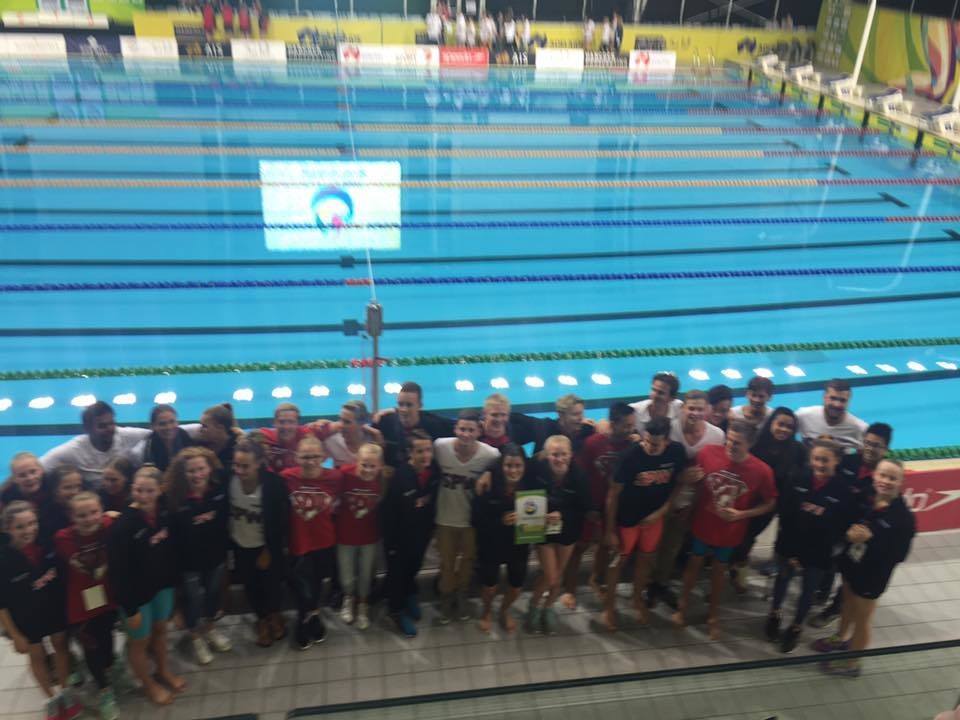 While 20-year-old Shayna Jack prepares to fight the possible 4-year suspension she could be facing for having tested positive for banned substance Ligandrol, her home club of St. Peters Western is fighting off allegations of bullying in the media.

Based out of St. Peters Lutheran College in Indooroopilly, Queensland, Australia, St. Peters Western had been led by storied coach Michael Bohl before the 14-year Head Coach moved on to take over Griffith University’s new high-performance center.

Dean Boxall moved into the Head Coach role after Bohl’s departure in 2017, and the man who led Ariarne Titmus to a 400m free World Championships title is assisted by John Gatfield, Maxine Seear and Head Junior Coach Stewart Melton.

In addition to Titmus, Mitch Larkin, Clyde Lewis and Jack Cartwright are among the elites who call the club home, as does the aforementioned Jack.

But despite having been rated the number one swimming club in the country, The Sunday Telegraph ($) reported today that it has received anonymous letters alleging bullying and fat-shaming within the SPW coaching ranks.

The claims within the anonymous letters sent to Swimming Australia and The Sunday Telegraph have reportedly been supported by other parents, with one parent stating, “In the time I have been here, I am aware of at least 3 girl swimmers who left due to aspects of bullying and demands for results.”

The report also points to a parent of an un-named former Australian champion who quit the club who stated, “The girls, some just 14 and 15 years of age, had to weigh in on scales in front of everybody and if you had put weight on you were called fat.”

You can read more details of the allegations within the article appearing here ($).

St Peters Lutheran College responded by saying, “St. Peters does not tolerate bullying of students or staff, including bullying on the basis of weight or body shape,”

Head of the college, Tim Kotzur stated, “I can confirm that during my time at St. Peters there have been no reported incidents of bullying within the swimming program.”

Kotzur continued, “The claims made in the anonymous letter provided to The Sunday Telegraph have not been raised with St. Peters and Swimming Australia has not informed us of any concerns.

SwimSwas has reached out to St. Peters Western for comment.

It is unbelievable that SPW could be vilified by one anonymous letter by one aggrieved parent whose child did not succeed. Sure, the letter refers to a couple of other aggrieved parents but, as a parent of swimmers in the club, I know that the vast majority of parents do not feel the same way. The club is a high performance club. Results are expected .There is no room for mediocrity. However, we have not experienced anything like what the anonymous parent has stated and my children are happy swimmers who enjoy the environment. The aggrieved parent is most likely bitterly disappointed that their child has stopped swimming. When a parent can see the Olympic medal in the distance, and… Read more »

This is a swimming club attached to a school, and so the high level expected, should be to strive to make the school swimming team ……… importing swimmers from all over the country does not enable the excellent coach or any of the club’s officials to treat club members outside the “child protection policy”, in place for these very reasons.

It will be a shame if it turns out that S Jack was driven to use illicit substances (or even just supplements generally) based on the nature of the program run by Boxall. Does not sound like a great environment, with girls reportedly teaching other girls how to “purge.” The evidence is in plain sight. Any parent who puts a swimmer into a program that boasts of having a “Hell Month” of practice, and where the coach uses metaphors of weaponry and war, and makes military-like speeches (they are on Boxall’s own videos!!) should take a good look at what they are doing.

I can attest first hand how wonderful this club is. I have been involved in a number of swim clubs and this club is one of the best. From the committee to the coaching staff you will be hard pressed finding a more dedicated, caring, supportive and modest group of people. It must be a slow news week because the club and school do not deserve the anonymous accusations and media sensationalism.

Seems strange when all the swimmers there are showing their support by posting on social media how much they love the environment at the club and swimmers from all over Australia continue to move there? Fake news…

Think you will find they were told to do that. Quote from facebook .
I think we encourage athletes to change their profile pic with a photo of/with Dean as have Arnie, Mitch, Abby and Clyde to show their support.

The world has gone soft. To me, this just sounds like a coach doing their job. We always talk about the best athletes being both mentally and physically the toughest and having a great passion for their sport. I believe that the girls that have left the club may have done so because they lost their passion, which made them lose their mindset needed to endure the type of training and coaching that they were experiencing.

As for the fat-shaming, I can’t imagine a program at this level would continue to have the support and success that they have if this were actually taking place.

Boxall and his program do need close examination as his approach does appear to be unusually militaristic. In an article by Nicole Jeffery in April 2018 following the Commonwealth Games, Boxall was quoted as saying, “I love building warriors and then watching them go into a fight.” He said that “Getting the absolute best out of someone is like an addiction” and he discussed the “mental manipulation” he needed to use to lift up a swimmer during a meet program that he described as a “torture test.” In my view, not a coach to represent a swimming nation or to lead children in a sport that should be, while competitive, also enjoyable and recreational.