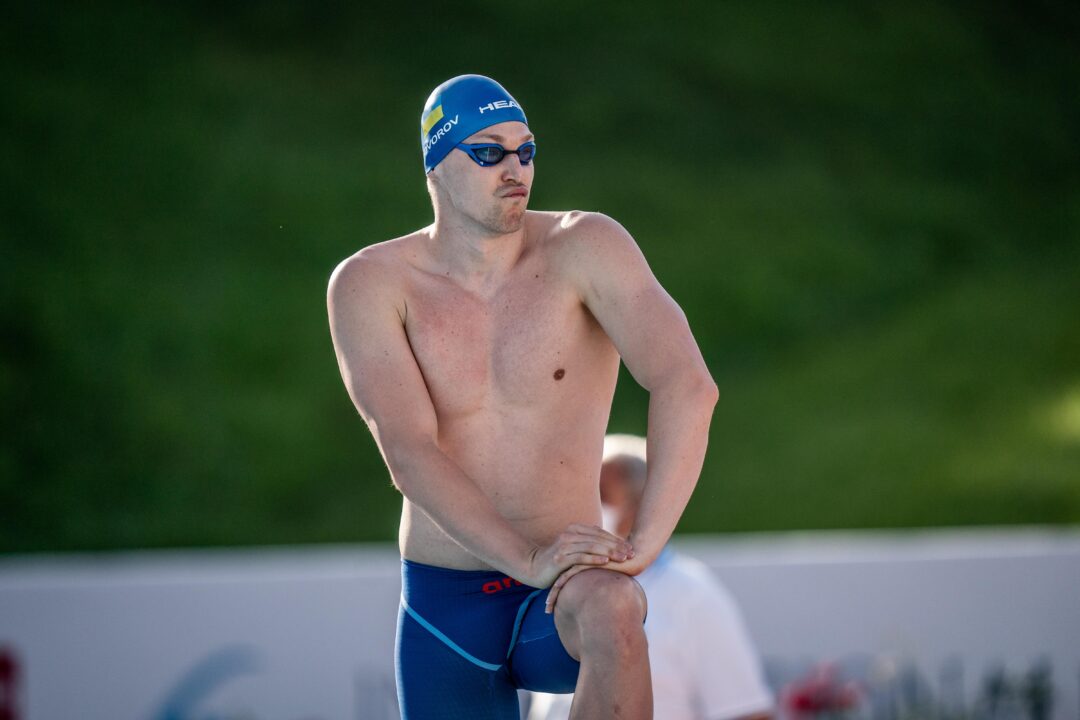 Reigning 50m fly world record holder Andrii Govorov of Ukraine raced the 50m freestyle tonight in Germany, the nation in which he now trains. Archive photo via Mine Kasapoglu

Reigning 50m fly world record holder Andrii Govorov raced in Germany this weekend, where the 29-year-old Ukrainian has his training base. Having worked under Luther Jones since last year, Govorov is getting some baseline competition under his belt on his way to this year’s FINA World Championships.

Yesterday Govorov punched a new meet record of 23.46 in the men’s 50m fly and tonight he tried the 50m free on for size. Hitting the wall in a mark of 22.97, Govorov represented the only swimmer of the field to get under 23 seconds.

The man owns a lifetime best of 21.46 in this event, clocked in the semi-finals of the 2016 Olympic Games. There in Rio, Govorov ultimately wound up placing 5th with a time of 21.74.

Govorov missed the 2020 Olympic Games in Tokyo, Japan, having undergone shoulder surgery in 2019.

This summer, Govorov earned 50m fly silver at this year’s European Championships, posting a time of 23.01 there in Budapest. That left him only .01 off the podium, with Hungary’s Szebasztian Szabo winding up on top in 23.00.

If he stays healthy and improves even marginally between now and 2024, Paris is going to be soooooooo interesting! Dressel, Govorov, etc.

One of the few elite sprinters with a relatively poor start. Hope to see him near his best in 2022, as a Dressel-Proud-Santos-Szabo-Govorov showdown in the 50 FL might make it one of the best races of the WCs.