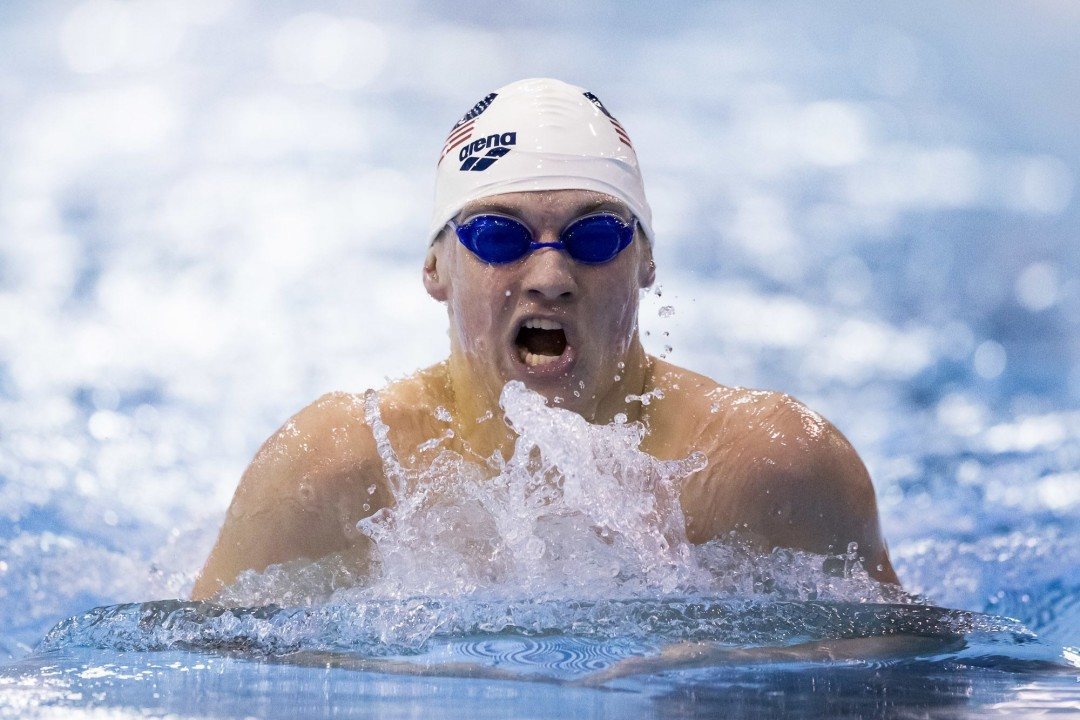 Andrew Seliskar has broken his 2nd National Age Group Record in as many days. Archive photo via Tim Binning/TheSwimPictures.com

NCAP 18-year old Andrew Seliskar is on a tear, and has broken his 2nd National Age Group Record in the 200 yard breaststroke on Saturday at the Patomac Valley LSC Senior Champs meet at George Mason University.

Seliskar swam a 1:51.57 in the final to not only win by almost ten seconds, but it also broke his own (official) National Age Group Record of 1:52.21 in the event.

The previous fastest swim by a 17-18 in the race actually belonged to Kevin Cordes, who was 1:51.97 in 2012, but USA Swimming hasn’t recognized that race as a National Age Group Record, having in the past referencing Cordes’ lack of membership at the time of his swim.

Regardless, Seliskar has cleared up the confusion and now holds the record outright.

The swim for Seliskar moves him from 17th in the all-time, any age rankings all the way up to 5th, just ahead of National Teamer Nic Fink.

Seliskar took his race out in 54.15, which is actually faster than anybody aside from himself swam the 100 breaststroke in that race’s event final. He then closed in 57.4 to hammer home the record.

On Friday, in a timed final, Seliskar broke Chase Kalisz’s National Age Group Record in the 400 IM with a 3:37.52.

well not the 1:50 I predicted but still very impressive!

0
0
Reply
Jeremy the young one
Reply to  bobthebuilderrocks

next to Jeremy Young