Andi Murez Breaks Her Own National Record in 100 Free Semi 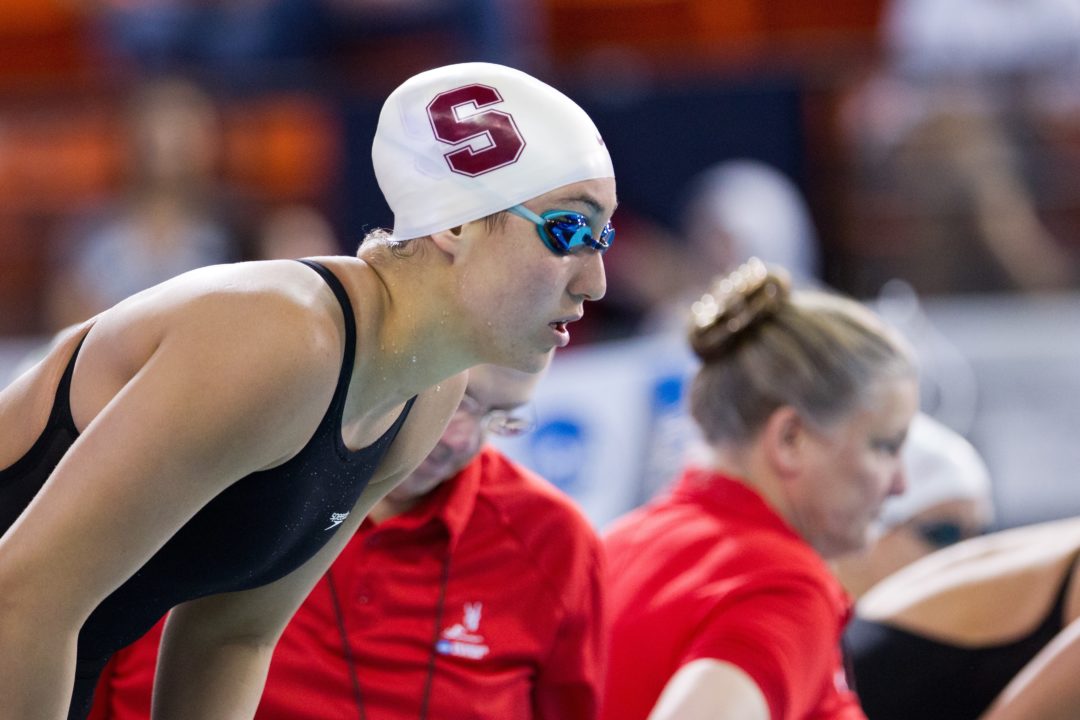 Andrea Murez, who was born and raised in America but is now representing Israel, has already made short work of... Archive photo via Janna Schulze/SwimSwam.com

Andrea Murez, who was born and raised in America but is now representing Israel, has already made short work of their national record in the 100 free in Netanya. Coming off a summer where she set a long course national record in 54.40, she has now lowered the 100 freestyle to 52.88. In doing so she also qualified herself for the final.

Murez swam well paced race, putting her feet on the wall in 25.49 before powering home in 27.32. The Stanford alum has already qualified to be part of Israel’s 2016 Olympic team in Rio via her long course performance over the summer. The previous record was held by Anna Gostomelsky at 55.58 from 2008.

With that speed, the Israeli record in 50 freestyle should also be on watch as the weekend develops, as it sits at 25.23. Murez is expected to take down the 200 freestyle record as well, she set the long course record over the summer at 1:59.03 and the short course record sits at just 1:58.61.

Her record last summer was in long course. This is short course meters at the European championships