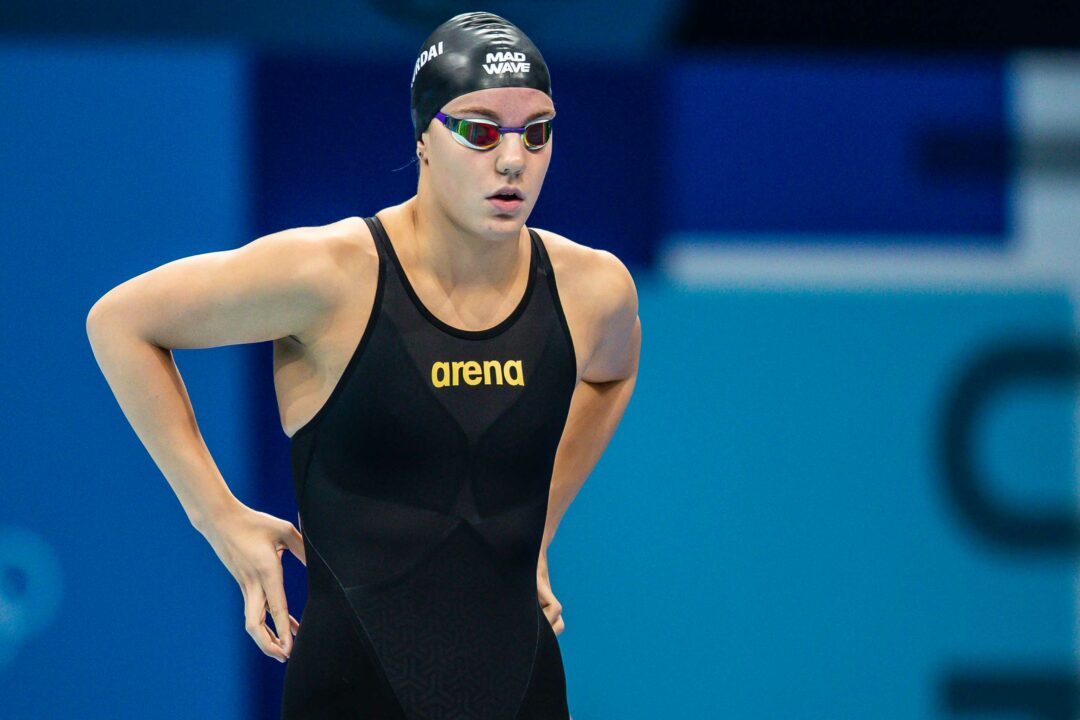 The pair have worked together since 2010, but that has now come to an end as Yasianovich has moved to the U.S. to pursue further opportunities. Current photo via Jack Spitser/Spitser Photography

Belarusian swimming star Anastasiya Shkurdai is parting ways with her coach of more than a decade.

Shkurdai has worked under the tutelage of Olga Yasianovich since her early days in the pool, beginning in 2010, but Yasianovich has made the move to the United States to pursue further coaching opportunities.

Although there was some consideration to bring Shkurdai with her to the U.S., something Yasianovich mentioned was potentially in the works earlier this year, the swimmer has ultimately opted to stay in Belarus.

Yasianovich had said in March that Shkurdai still had interest in training in the U.S. despite no longer being eligible to race in the NCAA, having competed professionally in the International Swimming League (ISL). The 19-year-old represented Energy Standard in all three seasons of the ISL from 2019 to 2021.

Yasianovich told SwimSwam that she’s in America right now and is “looking at several options” for where she’ll begin coaching. She was also in attendance at the American Swimming Coaches’ Association (ASCA) World Clinic in Las Vegas.

Yasianovich added that Shkurdai is still contemplating where she’ll train in the future.

“At the moment she has several options to continue her swimming career,” he said.

“She has time. I’m sure she’ll choose the one that suits her best.”

Despite still being in her teens, Shkurdai has experienced plenty of international success in the pool, including making the Olympic final of the women’s 100 butterfly at the Tokyo 2020 Games last summer (placing eighth).

Shkurdai was also the 2019 European SC champion in the 100 fly, and won silver last year in Kazan. Like all other swimmers from Russia and Belarus, she remains ineligible to compete in FINA events for the remainder of the year due to the Russian invasion of Ukraine.

What would be the status of Yasianovich in US? Is it that simple nowadays to get a visa and permission to work here? She isn’t a refugee who is escaping Russian invasion in Ukraine. For many people it takes years to go through all this process legally unless this is a tourist or student visa. If it is a working visa then who invited her? Sure she can cross the wide open southern border without any paperwork, interviews and fees but she is doing that probably other way,

Classic Yozhik, having a 4th-grade understanding of how something works and thinking that is all he needs to know.

There is a special category of visas for people who have demonstrated a specific talent in a field like sports. Given the success of her trainees, this will not be a hard visa to acquire.

Her sister lives in US and she herself holds green card.