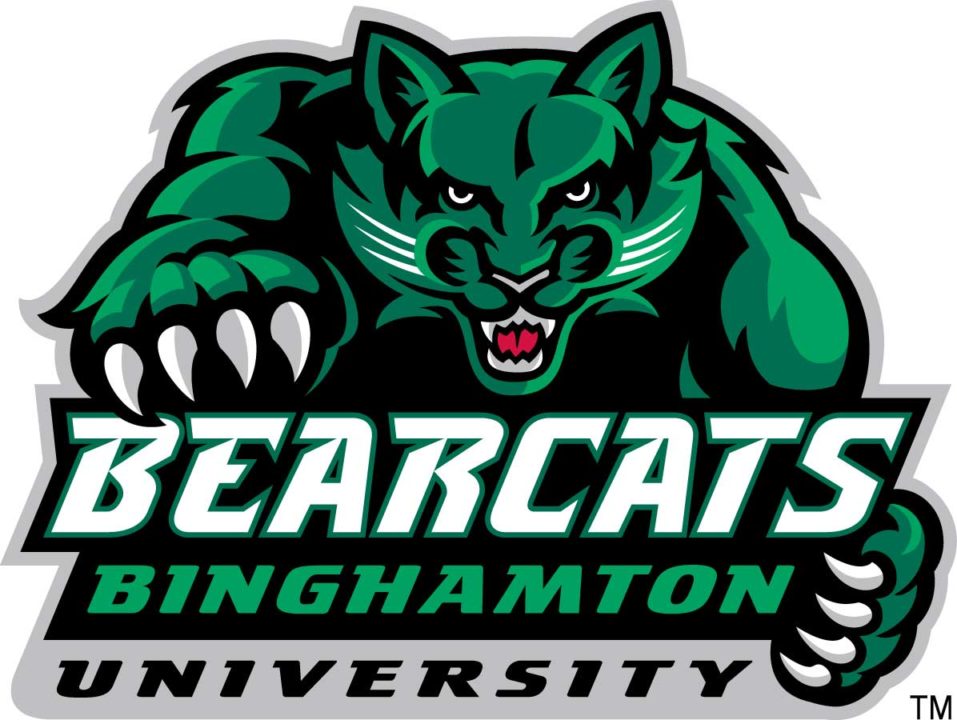 The Binghamton Bearcats will use the ECAC Championships as their end-of-season meet now that the American East Conference has dropped men's swimming.

On the same day as UMBC announced that they would be joining the CCSA next year (read that story here), we got in touch with Binghamton head coach Sean Clark, who tells us that his team will use the Eastern College Athletic Conference as their championship meet this season, after the American East Conference ceased men’s swimming operations in April.

The ECAC is a conference that has over 300 member institutions in the Eastern United States and into the midwest, across all three of the NCAA’s divisions, though it is not a traditional conference. Programs must declare their intention at the beginning of the year to compete at the March Open ECAC Championship meet.

The meet sometimes will feature teams, such as Binghamton next season, that will use ECAC as their primary championship meet, and it will sometimes feature teams that have other conference championship meets as well (for example, Harvard, Navy, Bucknell, and Columbia were all represented at the meet last year, though only partial squads).

We still have not made contact with anyone from Maine, but interested parties we’ve spoken to believed that Maine would join Binghamton at the ECAC Championship meet.