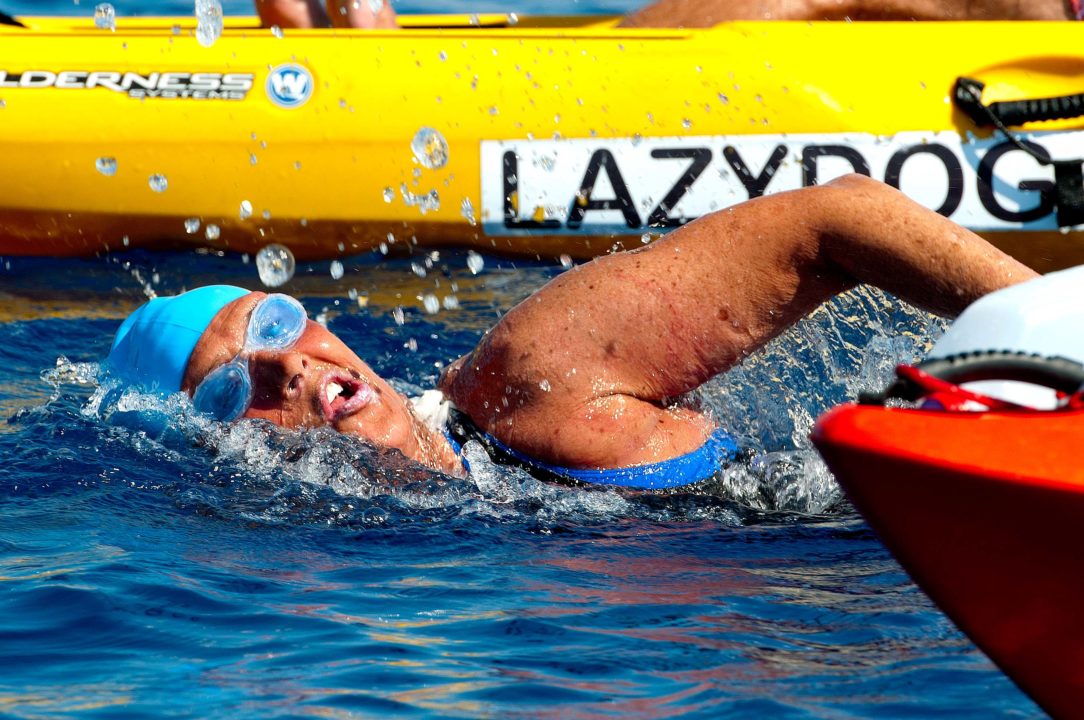 Diana Nyad, pictured here in her second attempt in 2011, will be hitting the water any time for another go at the Cuba to Florida swim. (photo: Mike Lewis, Ola Vista Photography)

She’s certainly determined and she knows these waters well – according to her blog Diana Nyad is now in Cuba and  her final attempt to cross what has proven impossible for many great swimmers is about to start.  It has been done before, but not without the aid of a shark cage. To date Nyad’s attempts, thwarted by the painful and potentially lethal box jellyfish that are ubiquitous throughout the waters of the Gulf of Mexico, have lasted beyond what most swimmers could tolerate.  Nyad’s determined to make her “Xtreme Dream” a reality. She’s enlisted a wide range of experts to overcome the painful stings of the jellyfish. Last year she worked with swimwear manufacture FINIS to develop a body suit that was within the acceptable range for an unassisted swim but the she was stopped after 51 hours. She’s as methodical in her training and preparations as elite swimmers a fraction of her age – it’s hard to believe she just celebrated her sixty fourth birthday. She’s also assemble an experienced crew of navigators, marine life experts, trainers, and medical personnel in what she has called her “final” attempt.

So as you sleep, wake up, go to workout, go to school, go to work, go home and go to sleep again, Diana Nyad will likely still be churning toward Key West. We wish her and her team a safe crossing.

God love her. I’d do anything to have half her optimism at half her age. She’s a swimming hero just for trying. Against the odds, hoping for a win here!