Alec Lezcano, 6’7” Sprinter out of Arizona, Signs NLI with Tennessee 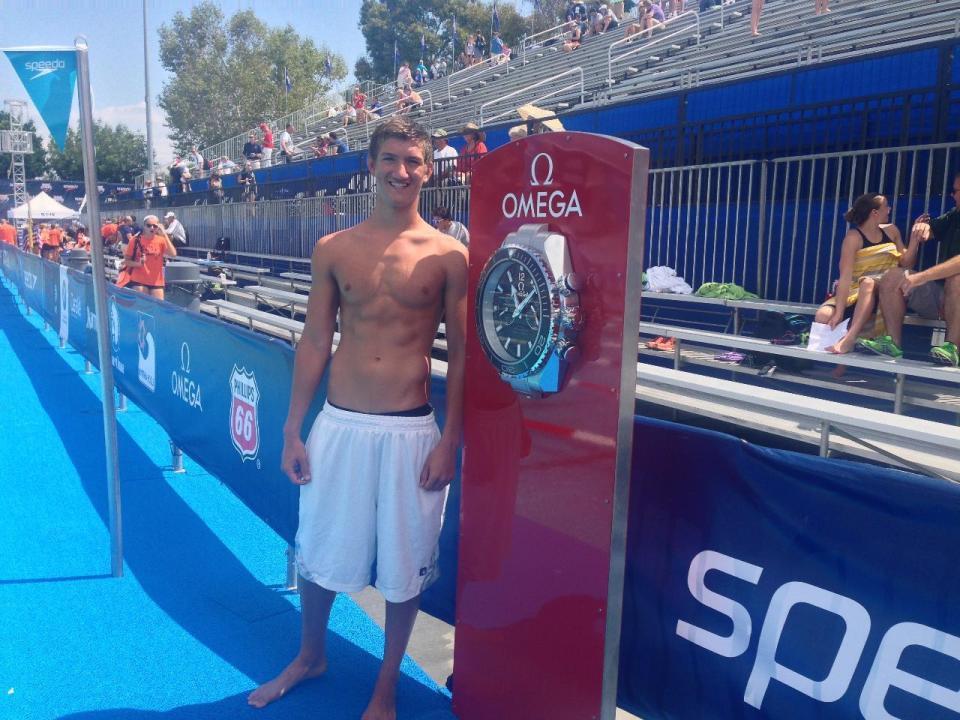 Desert Thunder Aquatics Club's Alec Lezcano has committed to the University of Tennessee Volunteers for 2015-16. Archive photo via DTAC

Alec Lezcano, who swims with Desert Thunder Aquatics Club in Chandler, Arizona, has signed a National Letter of Intent to swim at University of Tennessee starting in the fall of 2015.

Lezcano is a 6’7” sprinter with a fairly wide range of events. His most recent top times include:

All this, of course, is good news for the Vols. Tennessee lost most of their point scorers in the free events at SECs last year, and their current stable of short- to mid-distance freestylers consists mostly of upperclassmen. Lezcano and the rest of the recruit class (including Ethan Browne, Hayden Burns, Joey Reilman, Kyle Decoursey, Matthew Dunphy, Ty Powers) will breathe fire into the Vols’ lineup as they do battle in the highly-competitive SEC.