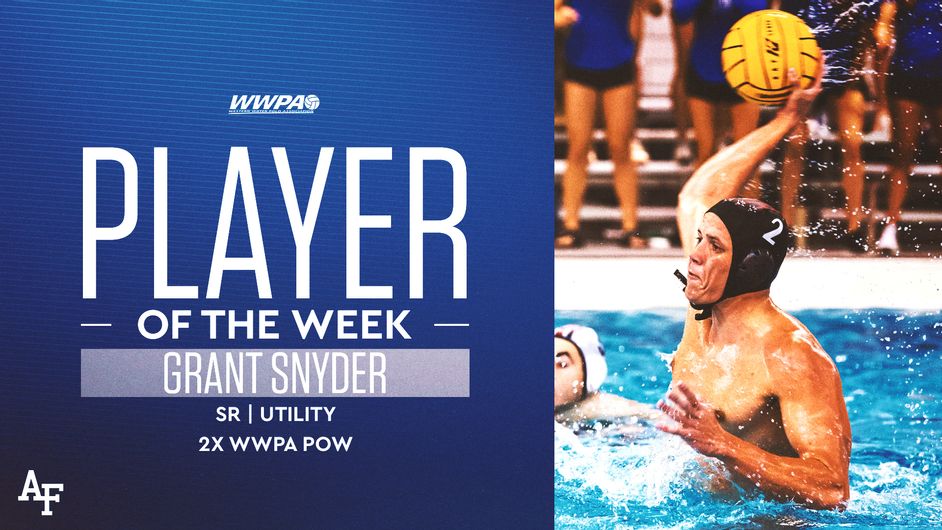 Air Force senior Grant Snyder was named the Western Water Polo Association Player of the Week for helping the Falcons to a 6-1 record last week. The WWPA honor is the second of the season and the fourth of his career for Snyder.

Snyder led Air Force to a 6-1 record last week, scoring 21 goals with 17 assists for 38 points. Snyder recorded five hat tricks and one game with four goals. The one game he failed to score at least three goals, he had two goals and five assists. The Springville, Calif., native recorded a hat trick, to go with three steals and six sprint victories against #20 Navy. He scored the golden goal against Navy in the third overtime period on a penalty shot. Snyder scored a weekend-best four goals to go with four assists against #19 St. Francis.