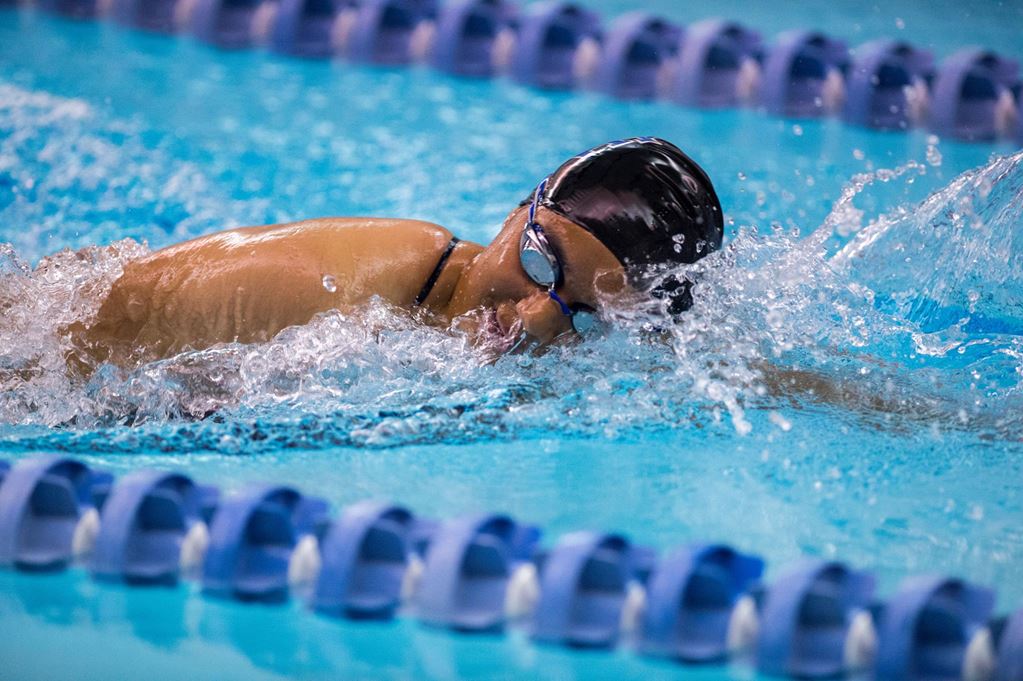 The Grand Canyon women’s swimming and diving team went 4-1 over the weekend in Phoenix, where it hosted Air Force and New Mexico State in a two-day dual meet and also faced Idaho on Friday.

The Lopes beat Idaho and were victorious against New Mexico State twice while splitting with Air Force to move the women to an 8-1 record.

“The women’s team was absolute warriors for us this weekend and fought for every point, was really impressive in getting wins over Idaho, New Mexico State and Air Force,” GCU head coach Steve Schaffer said. “Almost everyone contributed to the wins and just did a fantastic job of competing as a team.”

Junior Alyssa Christianson claimed her first win of the season in the 200 individual medley in 2:08.06 and then claimed second place in the 200 breaststroke (2:21.10).

“Overall, both programs are moving in the right direction,” Schaffer said. “We are excited to rest and see how we compete at the Purdue Invitational in two weeks.”

Up next, the Lopes travel to West Lafayette, Indiana, to compete in the Purdue Invitational on Nov. 21-23.

The Falcons used the strength of their depth, as well as wins in five of the 13 total events, to sweep the four-team dual.

“Tonight our team stepped up and competed like champions,” Head Coach Colleen Murphy said. “We started off with a big win in the 400 medley relay, and kept rolling throughout the meet. Our team is competing well and came together for three big wins today, and we are excited for tomorrow.”

Stronko, Schellin, and Maile ended up being the big stars of the meet for AF, as they captured the individual wins. Maile took first in the 100 and 200 free, while Stronko was first in the 200 back and Schellin in the 200 breast.

Meanwhile over on the diving board, senior Kayla Wofford was the top finisher in both events, as she placed second in the 1-meter and third in the 3-meter.

The Falcons will be right back in action tomorrow morning, Nov. 9, when they face GCU once again. Action against the Antelopes is set for 11 a.m. start time.

“Today our strengths were controlling our deck presence and mentally showing up after yesterday’s performance,” said associate head coach Rachel Judge. “We had some really great, season-best performances this weekend and we saw some promise from girls who were able to step up. We are ready to come home and compete against Northern Arizona in two weeks.”

Lauren Hemburrow picked up the Aggies’ first win of the day as she won the 200 Free by almost a full second with a time of 1:55.32.  After winning the event yesterday, Airam Oliva-Aun had another strong finish in the 50 Free, placing second with a time of 24.02. Then, Jordan Andrusak finished second in the 400 IM (4:35.70).

Oliva-Aun also picked up a second-place finish in the 100 Free with a time of 51.87. Then, Ashley Reynolds nearly captured the 100 Breast with a 1:05.44 but Air Force’s Heidi Schellin just out-touched her with a time of 1:05.39. Then, New Mexico State finished the day strong with Oliva-Aun, Aimee Burton, Rachel Ponte and Neza Kocijan winning the 200 Free relay wiyth a time of 1:36.26.

The Aggies return to the pool when they host Western Athletic Conference rival Northern Arizona on Nov. 22 and 23. NM State’s divers are back in action at the Houston Diving Invite from Nov. 21-23.

PHOENIX, Ariz. – Idaho swim and dive suffered a pair of losses on Friday, competing against Grand Canyon and Air Force in Phoenix.  The Vandals will look to bounce back quickly, and take on Northern Arizona on Saturday.