Adam Peaty Scratches 200 Breast At British Championships After All 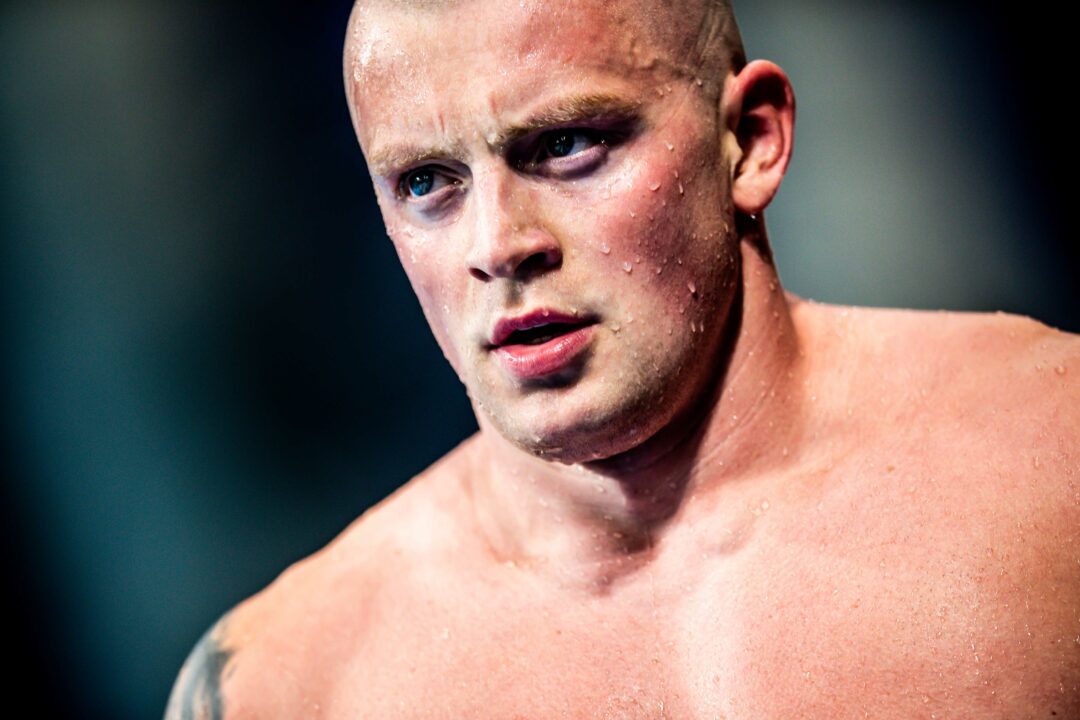 After indicating he had intentions to race the men's 200m breaststroke at the British Championships, Adam Peaty withdrew from the event. Archive photo via Jack Spitser/Spitser Photography

Despite getting swimming enthusiasts excited at the prospect of seeing him race another 200m breaststroke, a rather rare occurrence, Adam Peaty has withdrawn from the event at these 2022 British Swimming Championships.

As such, Peaty stuck to his bread-and-butter 50m and 100m breaststroke events, already having captured the national title in both events. The world record holder snagged an impressive 58.58 in the 100m breast while he took the 50m breast gold in 26.91.

As we reported, Peaty said earlier this year, “I’m going to probably swim the 200m at trials, just to see how it goes.”

Peaty was originally entered as the 6th seeded swimmer with a 2breast entry time of 2:14.64, while Olympian James Wilby held the top seed with his mark of 2:07.91.

Wilby is among those British swimmers already pre-qualified for the 2022 FINA World Aquatic Championships for this 2breast, and 1breast, for that matter.

Look for a full day 4 prelims recap once the session has concluded from Sheffield.

His reign is over

We all knew he would scratch.

I can’t wait to see him lose this summer.

3
-2
Reply
There's no doubt that he's tightening up

In other news, 1000 pianos have suddenly became available for use in Sheffield

Adam Peaty knew for months before he actually pulled out of ISL that he wasn’t swimming ISL.

I assume he’s known for months that he wasn’t actually going to swim the 200 breast here either.

Adam, how many of your books do we have to buy before you stop fibbing about what you’re going to swim in order to hook us into buying your book?

Fr fr, that and the moniker “Project Immortal” has just totally soured me on the dude.

Turns out Coleman was right.

Really needed him to be wrong here