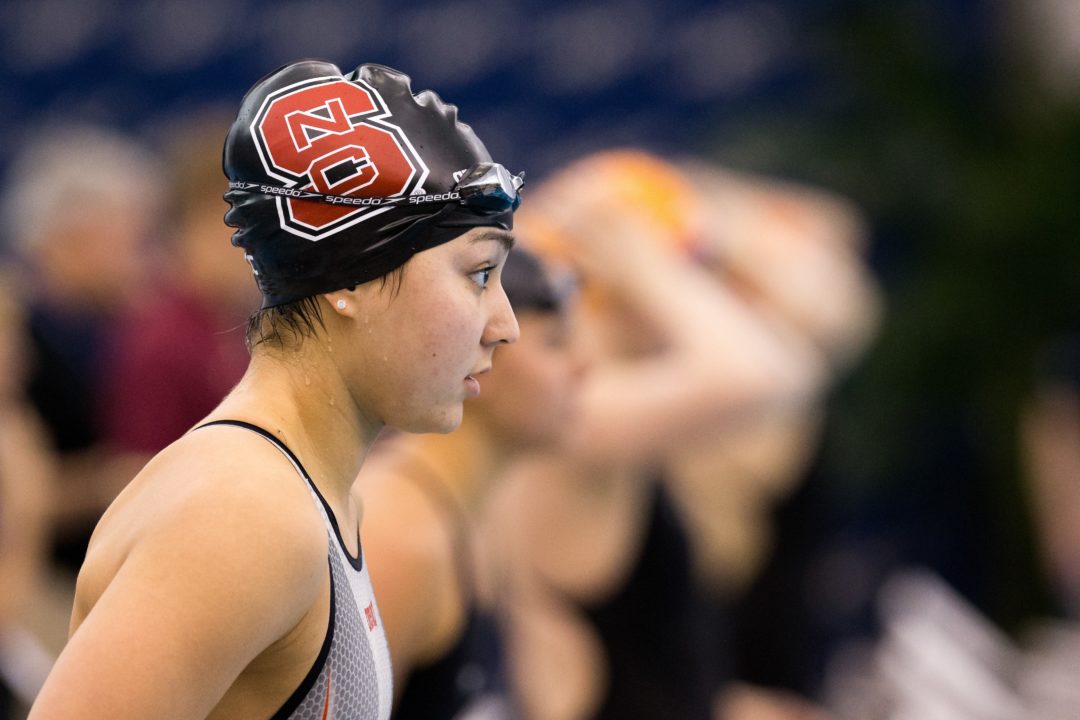 NC State's Kristin Connors earned the Women's Swimmer of the Week award for the ACC this week. File photo via Tim Binning/TheSwimPictures.com

The ACC and the Big Ten are the only two of the major Division I conferences that deemed a busy enough week to announce weekly awards on Tuesday.

Tallying another score on what has been a spectacular week for the program the North Carolina State Wolfpack picked up two of the three nods after the weekend’s All-North Carolina Invite.

Grant Saale received the nod for male diver of the meet by winning the men’s 1-meter springboard at the invite by 70 points ahead of East Carolina’s Alex Clark. Haase didn’t compete on the 3-meter event at that meet.

The men’s conference honor went to Duke’s Hunter Knight, who broke the All North Carolina Meet Record in the 100 breast with a 56.05 for his second-straight win at the meet, and also placed 2nd in the 200 breast in 2:02.64.

As for the Big Ten, they’ve tied theirs up neatly into bullet points, which are reproduced below, with men followed by women. The awards include Daryl Turner from Minnesota, who had an explosive start to his NCAA career, as the men’s swimmer of the week. Turner, while just a freshman, didn’t win both awards, as the Big Ten chose to spread the wealth a bit.

On the women’s side, Ivy Martin was the Swimmer of the Week, an award she can line up next to her Hardcore Swim of the Week recognition.