A Day on Deck with Gary Hall Sr. 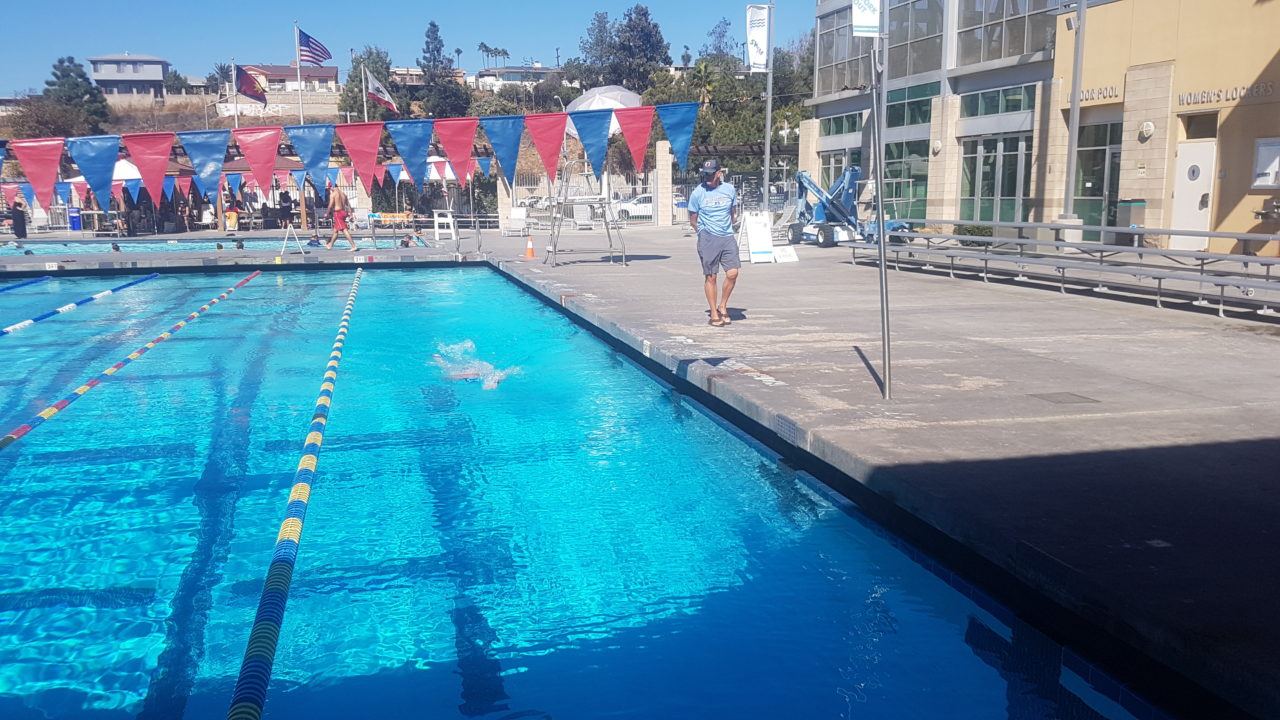 It was clear after watching Gary Hall Sr. on deck that he has been successful by focusing on the fundamentals, communicating effectively and creating an engaging environment... Current photo via Jeff Grace

Don’t miss the next opportunity for you to Become SURGE Strength Dryland Certified (SSDC) beginning May 1st through May 4th.

One of the most effective ways for a coach to improve is by spending time on deck with other coaches. In October I was invited to a private technical session that Gary Hall Sr. was running for a masters athlete in San Diego.

After arriving at the pool I decided to watch Hall in action before introducing myself. Through observing the first 15 minutes of the session the main elements of his coaching philosophy became clear.

Focus on the Fundamentals

The session started by the two discussing the fundamentals of freestyle. Hall explained the concepts they were focusing on and how they apply to athletes at any level, “The beauty of what we teach is that the fundamentals are the same for all swimmers,” says Hall.

After the session we discussed his philosophy around technique. He explained that he uses Newton’s three laws of motion as his guiding principles.

“Our teachings at The Race Club are based on Newtonian mechanics. For all four strokes as well as starts, turns and transitions, we focus on reducing frontal drag, increasing propulsion and finding ways to conform better to the law of inertia.”

His communication of these concepts was extremely effective. They were simplified without being dumbed down. He also ensured that the athlete knew not only what they were doing, but also why they were doing it.

“We do not like to tell our swimmers to do anything without proving why it works,” says Hall. “All of our fundamentals are coupled with drills that demonstrate why swimming a certain way is better than another.”

“By doing this, we feel the swimmers are more likely to retain the recommended technique.”

This communication continued once the swimmer was in the water, but not through traditional means. During the session the athlete wore ear buds so that Hall could communicate through Bluetooth technology.

“We can correct swimmers in real time, once we identify a mistake. We can also correct more problems in this way rather than by waiting until they return to the wall.”

“This technology is so important in what we do, we cannot imagine trying to coach or teach without it.”

Hall’s passion for the sport and coaching is palpable. That enthusiasm was one thing that kept the athlete highly engaged throughout the session.

The other was including them in the process. When coaching he involved the athlete by asking questions as they moved through the session, “We engage our swimmers by asking them important questions to help them learn,” says Hall.

It was noticeable at the same time as it helped the swimmer learn more effectively it also strengthen the coach-athlete relationship.

After spending the afternoon with Hall I learned a great deal about the sport. It was clear after watching him on deck that he has been successful by focusing on the fundamentals, communicating effectively and creating an engaging environment.

Gary is really one the best human’s you could ever meet. Him and the rest of his family are all such quality people, such a pleasure to know them.

GH senior: totally agree!
Rest of his family: i still remember the rude behaviour of his son in 1996 very well. Menaced Alexander Popov using his fist before the start of the freestyle sprints. Well, the russian zar let his swimming do the talking 😉

Amazing story about an amazing coach. Coach Dr. Hall, SR is arguably one of the best…perhaps a candidate for AU, UF or UT?

I don’t want to be agist, but perhaps taking on collegiate HC duties for the first time isn’t something you embark on at age 66.

Why not? Coach Dr. Hall is a genius, Olympian, former great swimmer, father of great swimmer, nice guy, and has great technical skills as is evidenced by his lanes 1-4 video-swim-for-hire program. He could have his assistants recruit!!! This man is a perfect fit for Texas, UF, AU or Head Olympic Coach.