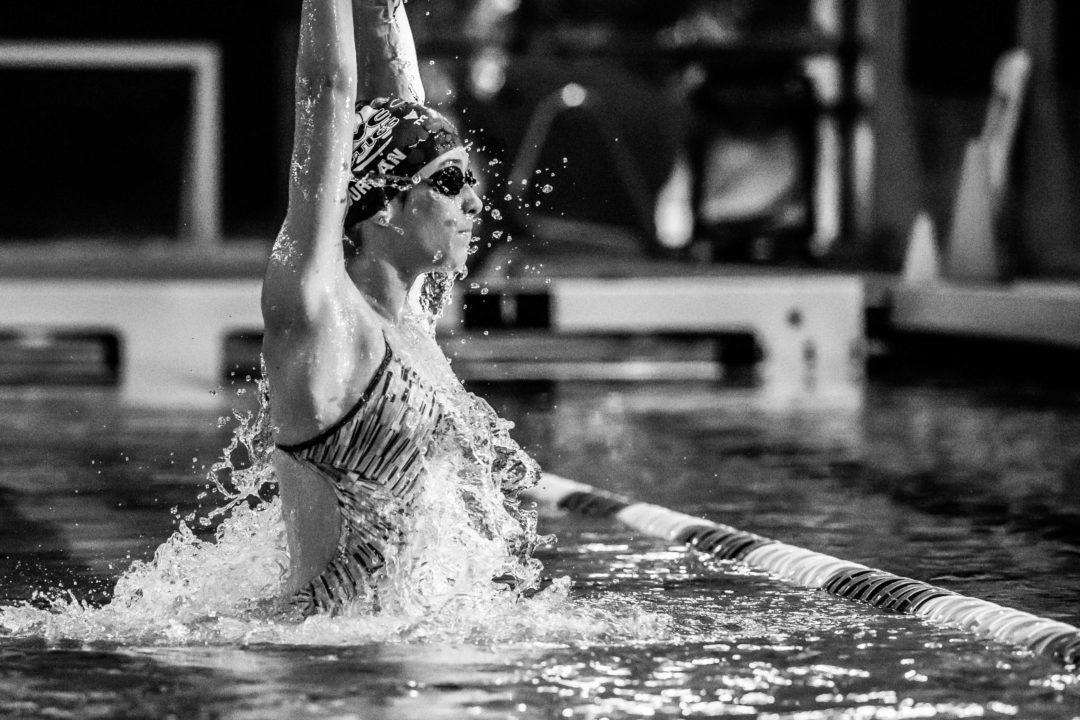 Sitting in the crowded stands at a swim meet, I realized I had a connection with every person there. Current photo via Mike Lewis/Ola Vista Photography

Sitting in the crowded stands at a swim meet, I realized I had a connection with every person there. We all support and love swimming—whether we are swimmers, swammers or swim parents.

On the airplane home, we sat by a woman who was years out of college but had that look—tall, athletic with broad shoulders. We asked if she was a swimmer and she said, yes, she had been a sprinter in college and swam Masters now. Immediately, we began laughing, talking and sharing stories, like we knew each other for years.

What is it about being part of the swimming community that bonds us together?

It’s a special sport that not everyone does. Only swimmers, swammers and swim parents can relate. It’s like we’re members of a special club.

Swimming takes hours and hours. With daily practices and weekend swim meets, I believe swimming takes a bigger chunk of time from our daily lives than most other sports.

Swimmers and their parents use a private language that’s unintelligible to nonswimmers, like DQ, PB, shaved and tapered or negative split.

Ask a non-swimmer who Katie Ledecky, Cody Miller or Anthony Ervin are and they’ll say, “Who?” We keep up with swimming news and know who the stars are and those who are up and coming.

It’s a smell that follows us from the pool, into the car, and it lingers on towels and suits in the house.

Meets are recalled by specifics about a pool—like what the blocks, deck space and air quality were like.

Driving to practice in the dark and being rewarded with a breathtaking sunrise makes it all worth it.

What are other shared experiences of swimmers, swammers and parents that will be remembered for life?

I don’t believe swimming takes much more time than any other sport. All sports require a serious time dedication in order to be any sort of good, talk like “oh swimming is so hard look how long my practices and how early I get up” is rather obnoxious.

Also, Katie Ledecky is a pretty well known name, not sure if she is the best example.

^there really is no offseason for swimmers and our Families. It’s about 50 weeks for a lot of competitive swimmers. The time commitment is intense. I won’t argue with you because I respect all sports and the people who play them. I just think it’s one of those things where you can’t really understand unless you’re a swimmer or a parent or grandparent etc who does the driving and supporting