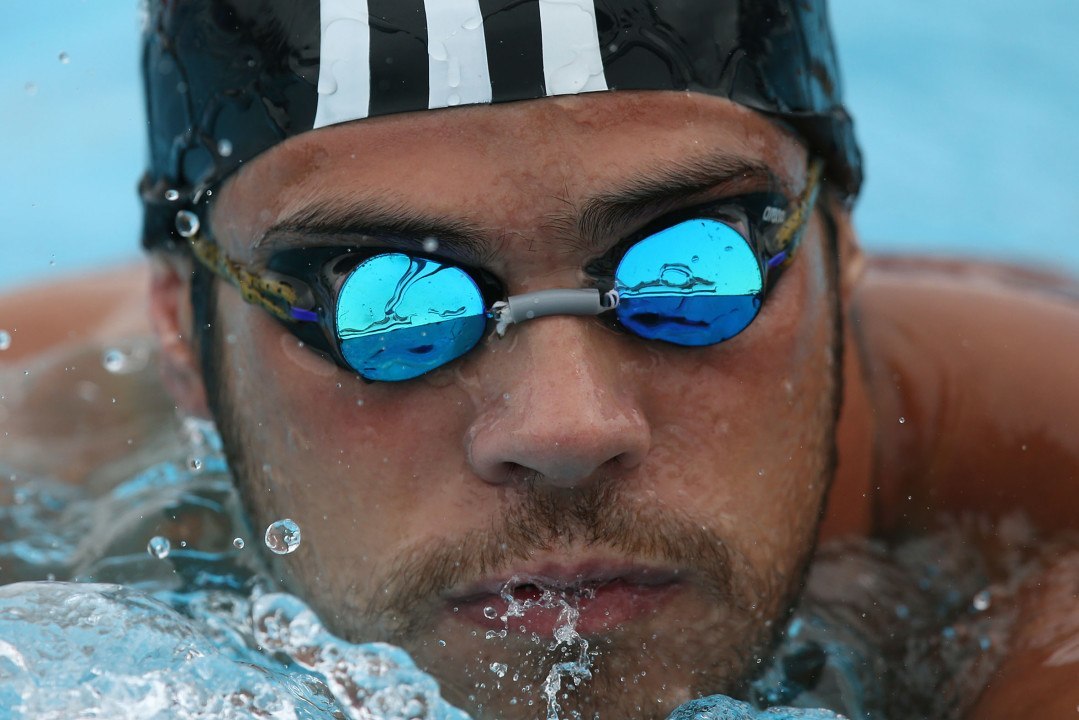 There's losing your random pair of goggles at a swim meet, then there's the much bigger case of an entire shipment of goggles being stolen from its delivery point Stock photo via Satiro Sodre/SS Press

There’s losing your random pair of goggles at a swim meet, then there’s the much bigger case of an entire shipment of goggles being stolen from its delivery point. According to local media, thieves in the United Kingdom made off with approximately 40,000 pairs of Zoggs swimming goggles, estimated to have a collective worth of  £700,000 ($874,000).

The crime happened in the early morning hours of Monday, March 13th in the village of Wednesfield, a historic village and residential area within the city of Wolverhampton, West Midlands, UK. The 4 perpetrators had previously stolen a tractor cab, which were then seen using on CCTV to drive off with a trailer containing the Zoggs.

No arrests have been made at time of publication.

I can imagine the disappointment of those thieves when they got aware of the mistake happened figuring out what actually got stolen. To resale all this stuff avoiding being caught takes years and costly efforts. Unless we go with conspiracy theory that it wasn’t done for sale but was the intentional attack against the entire ( or part of it, as GINA suggested 🙂 ) swimming community in UK

Wednesfield to Winsom Green ( home of yesterday’s recent london terrorist attacker ) = 15km . I am a genuis.

Things that make you go hmmm…

I blame Chad Le Clos. Still distraught over his stunning losses to Phelps, he takes solace in the largest theft of goggles in recorded history.

Loss, singular. They tied in the 100 fly. Previous Olympics, beat him in one event, not the other. Otherwise, it was funny.

This is devestating . These were specially designed the English market to fit exactly within the small eye area allowed by burkhas . . How are these ladies going to swim now? Hate crime .

I have been vindicated . Read below .