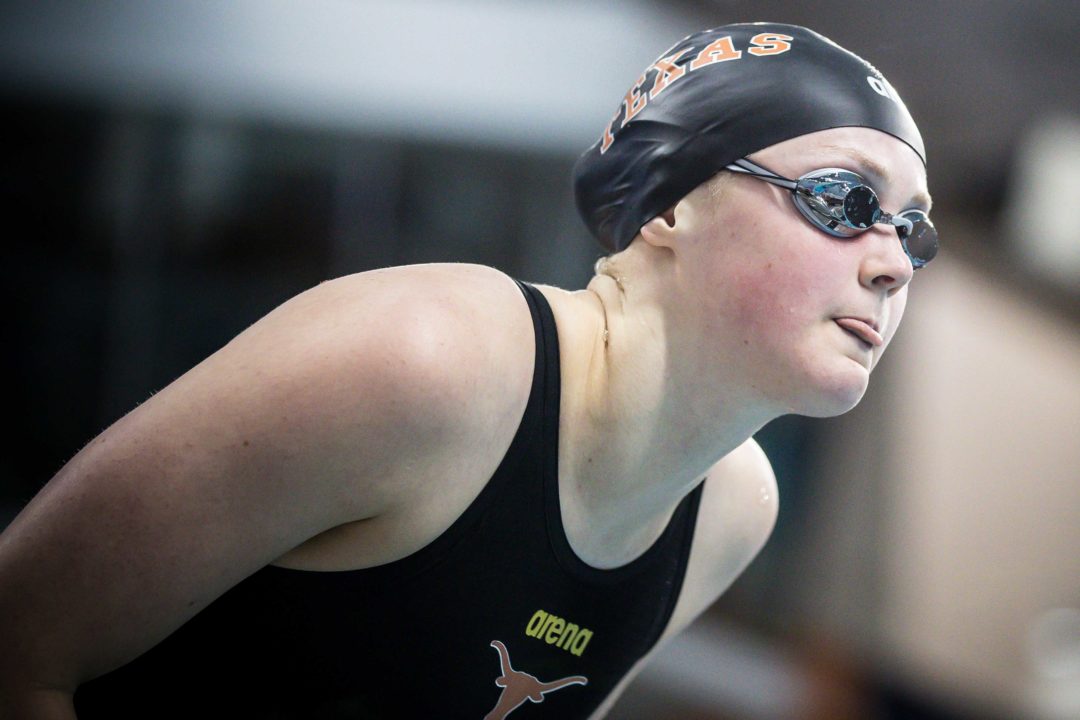 Anelise Diener of the University of Texas is one of 4 swimmers who have advanced to the Top 30 of the 2019 NCAA Woman of the Year selection. Archive photo via Jack Spitser/Spitser Photography

The NCAA has announced the Top 30 honorees for the 2019 NCAA Woman of the Year award. The 30 were selected from the opening pool of 585 school nominees and include 10 from each division. The group consists of 10 athletes each from the NCAA’s 3 divisions. Established in 1991, the NCAA Woman of the Year award recognizes graduating female college athletes who have exhausted their eligibility and distinguished themselves in academics, athletics, service and leadership throughout their collegiate careers.

In early October, the selection committee will announce 9 finalists (3 from each division). The top 30 will all be celebrated and the winner will be announced at a ceremony in Indianapolis on October 20th.

13 sports are represented in the Top 30, including for the first time Top 30 finishers from the sports of rifle and equestrian. Among the honorees are 4 swimmers from among 37 swimming nominees; no water polo players advanced from the group of 3 that were nominated. Only track & field and volleyball had more Top 30 honorees with 7 and 6, respectively.

Brief Bios on each swimmer:

Note: some athletes participate in more than one varsity sport