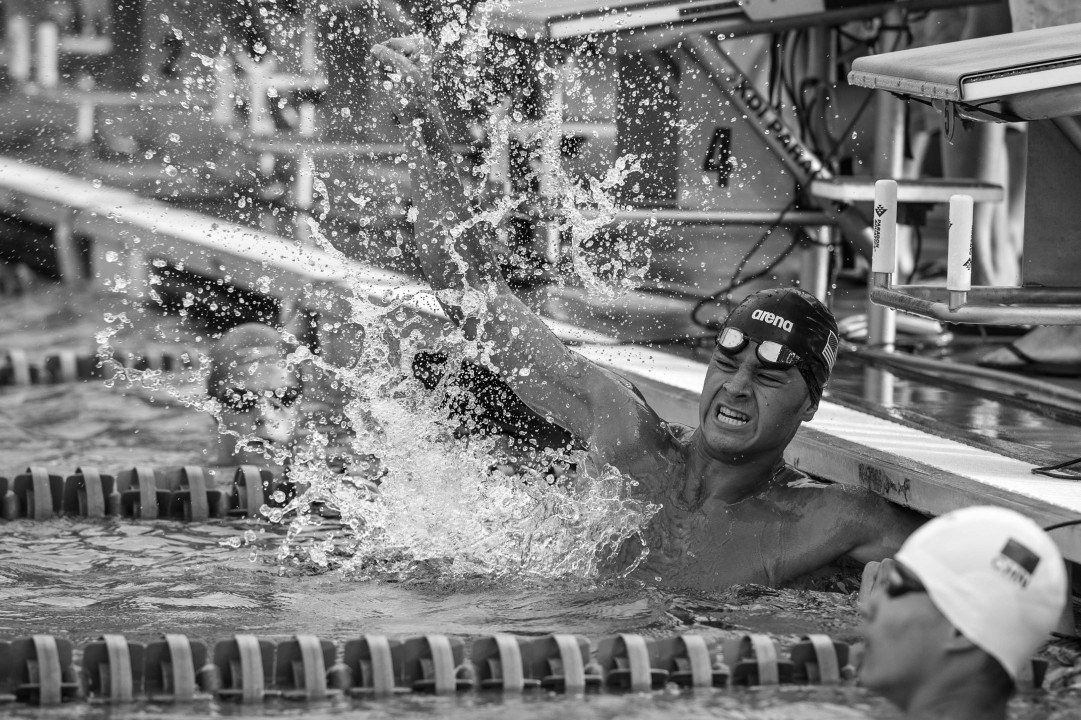 by SwimSwam Staff Off

1. Why “Specificity” matters in swimming

2. Does USRPT work for any age swimmer?

3. Why a positive mind-set matters when training USRPT

Ever wonder why young swimmers are taught to swim long distances at slow speeds when they are preparing for a 50/100/200/400 meter race? Or why so many great athletes get injured during practice and never reach their full potential? Or why so many gifted swimmers simply quit because they have burned out at practice? If so, you might want to learn more about the scientific research behind the new swimming training method that is impacting racers worldwide.

Get Started Swimming Faster with the USRPT DVD Series. Buy it here.

Dr. Brent S. Rushall is Professor Emeritus at San Diego State University. He has published 57 books, more than 450 articles, book chapters, and psychology tests, and over 13,500 Internet articles, research summaries, and biomechanical analyses. His academic recognitions have included the designation of being the founding scholar in Behavioral Sport Psychology and a world authority in Coaching Science. (http://coachsci.sdsu.edu/swim/)

He has been the keynote speaker at many world congresses for both sport and academia. In recent years, Professor Rushall has received prestigious awards that recognize his accumulated contributions to the field of sports science. In the latter stages of his active career, Professor Rushall was San Diego State University’s representative on the State Academic Senate as well as San Diego State’s own Academic Senate. Professor Rushall has arbitrated faculty-administration disputes in Commonwealth and United States universities.

He is a consistent external-reviewer of PhD dissertations from international institutions. Professor Rushall is a four-time Olympic Team psychologist for Canada, and has represented Canada at Commonwealth Games, World Championships, and World Cup events in a number of sports. He is a member of the Olympic Club of Canada.

He has consulted with many international sport teams and organizations primarily in the field of performance enhancement. His texts, manuals, and assessment tools have been translated into several languages and are used in elite athlete programs in many countries. As a participant, Professor Rushall was a member of the first All-American rugby team. He has received national coaching/staff appointments in the sports of swimming, rugby football, rowing, ski-jumping, cross-country skiing, and freestyle wrestling. He has been psychologist to some of the world’s best athletes and teams.

Team Andrew Indie Swimming provides opportunities through private coaching and year round swim camps for excellence-oriented competitive swimmers to achieve their full potential in the sport. Swimmers are exposed to individualized programs that innovatively employ appropriate scientific principles from the bio-mechanics, psychology, and physiology of human performance. The relevant nature of this orientation leads to performance improvements.

The principles that guide Team Andrew Indie Swimming training and competitive activities focus on relevant procedures that prepare swimmers to improve and race in a satisfying manner. A consistent factor that underlies program content is the evaluation of training performances and the analysis of their relevance to intended swimming races.We are a coach owned club.

Our coaching philosophy is based on the verifiable science of the kindest, most brilliant sports scientist, and friend, Dr. Brent Rushall.