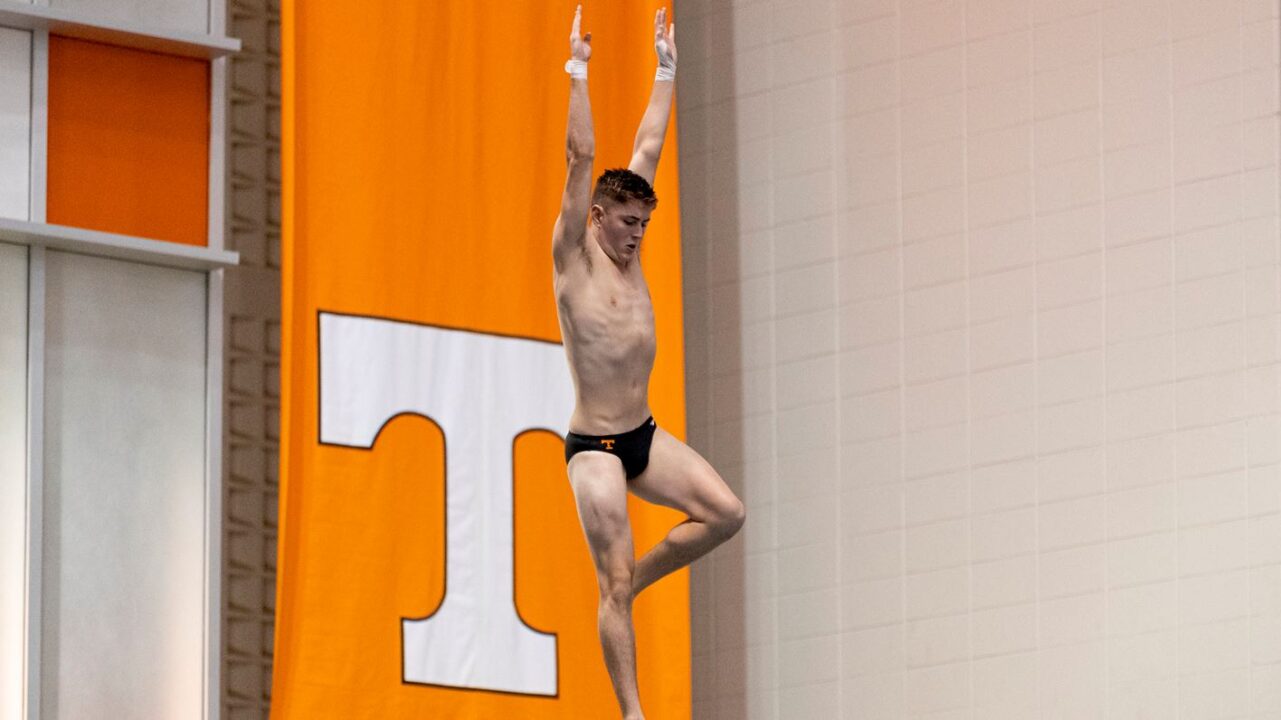 The Tennessee men picked up a third diver for NCAAs on the final day of the Zone B Championships in Atlanta. Archive photo via Tennessee Athletics

The Zone B Diving Championships wrapped up on Wednesday with the men’s platform event, and two more divers earned NCAA qualification.

Miami’s Maxwell Flory came out on top in the event, while his teammate Zach Cooper and Tennessee’s Jacob Reasor were the two men who earned qualification for NCAAs in two weeks.

A total of seven spots were available for qualification in the event, with Flory joined by Tennessee’s Bryden Hattie, Alabama’s Mohamed Farouk and Florida’s Leonardo Garcia as the other three divers who conclude the competition having qualified to compete in all three events at NCAAs.