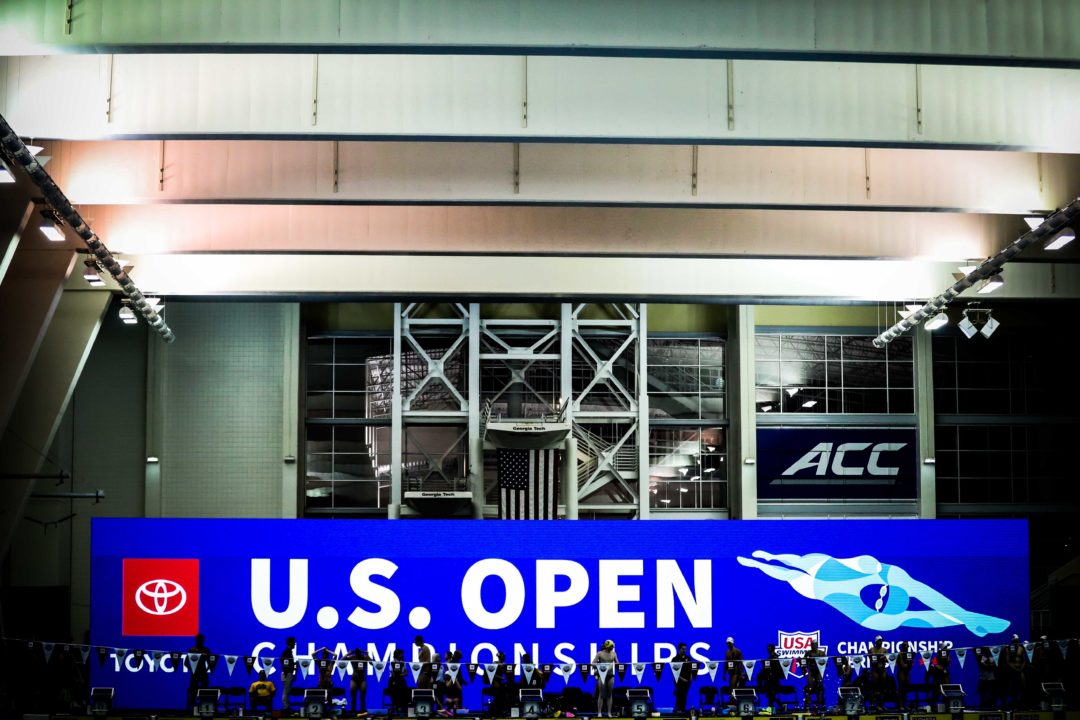 The 2022 US Open Swimming Championships dates are set for November 29-December 3, 2022, with a location still to be determined. Stock photo via Jack Spitser/Spitser Photography

The 2022 Toyota US Open Swimming Championships dates are set for November 29-December 3, 2022, with a location still to be determined.

The 2021 Toyota US Open, which is also shown on USA Swimming’s recently-released 2021-2022 event schedule, is set to take place at the Greensboro Aquatic Center December 1-4, 2021.

While the location has yet to be determined for 2022, Greensboro could be the best place for it as the venue is both indoors, has plenty of space for swimmers to warm down in a separate pool, and is run by a staff with loads of experience conducting high-level meets that attract international competition. Furthermore, Greensboro is pretty “TV-friendly” with plenty of space for multiple television cameras on deck.

Due to its timing, often taking place either in late-summer or in November and December when there are also a flurry of NCAA mid-season invites taking place, the U.S. Open is often overlooked as a venue for fast swimming. This is a bit unfair, however, as the 2016 version of the meet played host to several “breakout stars” that would win Olympic hardware in 2021, including Bowe Becker, Erica Sullivan, and Zach Harting. The meet took place in August of 2016, meaning no 2016 Olympians attended, thought it still played host to notable Aussie swimmers including Zac Incerti, Holly Barratt, and Alexander Graham, as well as Brit James Wilby.