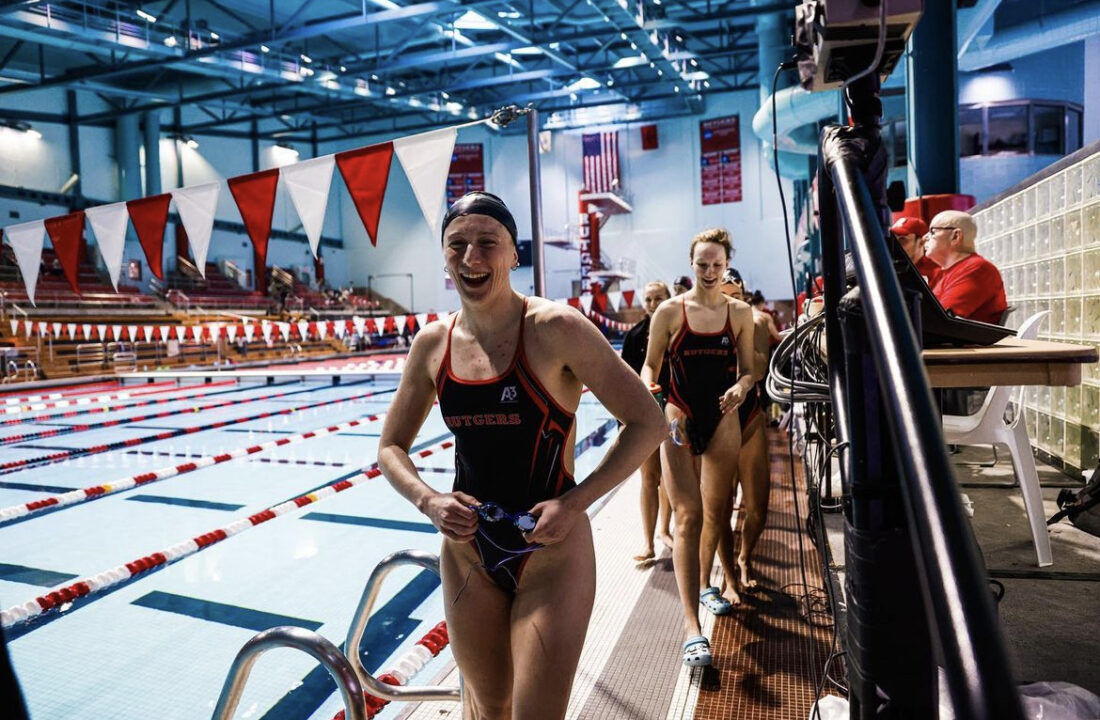 Cathryn Salladin, a redshirt senior for Rutgers and member of the 2017-2018 National Team, announced her medical retirement early this month on Instagram.

In her Instagram post, Salladin discusses suffering from both physical and mental health issues the last five years. She says, “I was suffering through practices with a constant fever, severely overtrained and always ill.” She goes on to talk about the following years dealing with a shoulder injury resulting in surgery, severe depression which led to a suicide attempt, and most recently, long COVID.

“Now, I have accepted that my body has been through hell and back, and I can’t keep adding to my physical and mental suffering. My mind is deserving of rest and recovery.”

In the NCAA, “medical retirement” means that an athlete has suffered severe injuries that impact their ability to participate in collegiate athletics. Athletic directors decide whether or not to continue paying the athlete’s scholarship without it counting against their limit. Although it is not explicitly mentioned in NCAA rules, medical retirement is typically permanent. If an athlete makes an unexpected recovery and wishes to return to the same school, the scholarship money received in retirement is counted retroactively to the seasons they used it.

Salladin completed her freshman year at the University of Alabama, before transferring to Rutgers. In her first full season at Rutgers, she placed 22nd in the 1650 and 25th in the 400 IM at the 2022 Big Ten Championships. Her 1650 and 1000 are both #7 on Rutgers’ All-Time Top 10 list.

Salladin is originally from Southern California. She attended Parkview High School in Placentia and swam for FAST Swim Team in Fullerton.

Cathryn, I wish you all the best. What could be read by some as a sad ending is actually super hopeful beginning. You’re embracing your situation rather than fighting it, while dealing with it humbly and publicly. You’ll help someone today.

Always remember being a “swimmer” or “swammer” doesn’t define you. You are a person first: A person who swims, or a person who swam. So much other life to look forward to! Go out there and follow a new dream and absolutely crush it.